Cannes Briefing: 5 things we learned on the Riviera 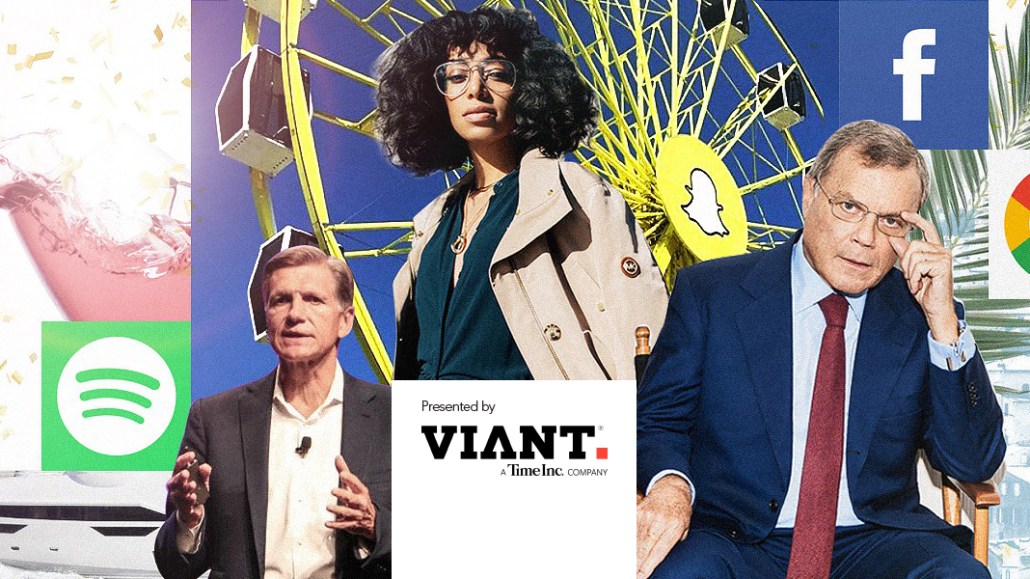 Cannes is winding down. Soon, exhausted attendees will head back to their home bases. We spent the week talking, and talking, to a broad cross-section of media, marketing and tech execs. Here are the key takeaways:

Spotify makes its presence felt
Music-streaming companies participated in the revelry on the Croisette this week, but Spotify was the clear winner. The company hosted two packed shows with Phoenix and Solange Knowles at its own beach space. It also had a private house right next to the Carlton terrace, where it conducted meetings with ad execs. Spotify’s sales pitch was painted on the walls as visitors walked through the house. The tour culminated with entry to a garden bar. Pandora, meanwhile, had a boat in the ad tech flotilla.

The Digiday Cannes Awards
Let us not forget that Cannes is still a giant awards show. Here are our non-traditional awards.

Hottest ticket: A trip to “Google island,” a fancy restaurant on a beach off the coast.

Weirdest gig: T-Pain performed for 100 or so people on Wednesday night on, yes, the Gabbcon yacht.

Most late-capitalism scene: The News Corp chateau, 20 minutes outside Cannes, featured inflatable pink swans in a pristine pool, two bored lifeguards and no swimmers, a giant pig roasting on a spit and a robot cat.

Biggest party pooper: Snapchat, a camera company, for not allowing people to take photos at its party.

Most clever marketing stunt: Snapchat gets the nod for its Ferris wheel — even if it was heavily Instagrammed by attendees.

Biggest marketing dud: Accenture Interactive built a Cannes Connect band that would allow people to share contact information by wrist bump. We did not witness anyone using this.

About last night
Viacom hosted an exclusive private dinner at Château de La Napoule, with invites going out to marketing executives at the CMO level or above. Jeffrey Katzenberg and Ron Howard dined with Viacom CEO Bob Bakish at his table. Joe Jonas’ new band, DNCE, performed for the 200 or so guests.

Overheard
“That’s like Warner Bros. saying they don’t want an Oscar: ‘Come see our movies, but please don’t give us any awards!’” — tech exec on Publicis Groupe’s decision to abstain from Cannes and other marketing events next year

“It’s probably because they weren’t winning any awards.” —  reporter on Publicis pulling out of award shows

“It’s Thursday in Cannes where things start to go pear-shaped.” — publishing exec on the Croisette

On bad ads: “Publishers previously were willing to put who-knows-what on their pages. They cede it to these sometimes decent, sometimes janky companies to put things on the page that slow it down, contribute to a worse consumer experience and push down CPMs.”

On brand advertising in digital media: “The internet has revolutionized the bottom of the [marketing] funnel. Think of Google and Facebook. It’s wonderful. It’s revolutionary and has created trillions in industrial value because they can fulfill that demand. But first, there needs to be demand created.”