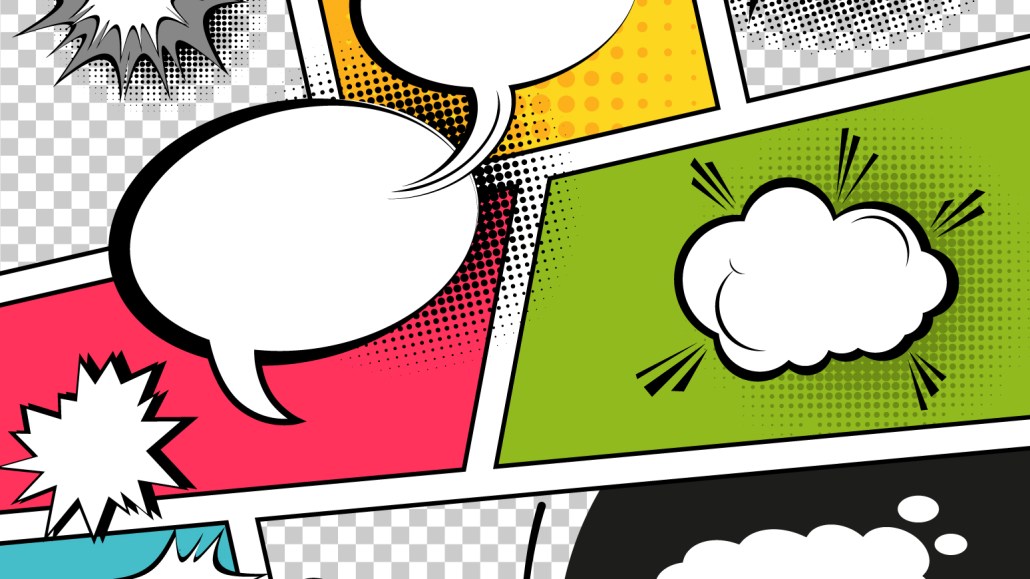 To leverage Big Data, companies have to be nimble and  ready to have actionable bespoke strategies ready to go in real time in order be most impactful. Do you know what any of that means? Yeah, neither do we.

That’s the problem with using too much jargon: No one ever really says anything, and no one really understands what anyone else is talking about. That’s why — with the input of industry execs from both brands and agencies — we’ve put together a list of  some of the digital media industry’s worst buzzwords, along with examples of how the jargon is used and misused. And, most important, we present to you tips on how to avoid using these cliches.

Authenticity
Saying you are authentic is like saying, “to be honest” — if you have to say that, it’s probably not the case. And yet, brands love to assert that they are authentic and that asking for retweets on Twitter is just an example of that brand authenticity.

Example: “Authenticity is key to our social strategy — our fans can see through messaging if it’s not authentic and sincere.”

“Some marketers believe the word ‘authenticity’ somewhere on the brief means they are sure to ‘connect with consumers,'” said Eliza Esquivel, vp of global brand strategy at Mondelez International. “Sadly, nothing could be farther from the truth.”

Bespoke
Did you know that ad agencies specialize in carefully crafted, custom garments made exactly to your measurements? Oh, no, wait, they don’t — but you’d think they do given their penchant for the term “bespoke.”

Example: “We create bespoke solutions for your business problems.”

“It’s the agency adjective du jour, getting shoehorned into every ‘about us’ page, often teamed up with ‘solutions’ for extra revulsion,” said Victor Pineiro, strategy director at Big Spaceship. “Besides being unapologetically pretentious and unnecessarily aloof – coming from the world of luxury goods and tailor-made suits – it’s a word that’s mostly unnecessary.”

Alternative: “We’ll create this site/app/campaign customized just for you,'” explained Pineiro. “In most cases, I’m guessing that’s an assumption the client is making when they visit your site — if you feel the need to use ‘bespoke,’ just use ‘custom’ or, better yet, axe it altogether.”

Big Data
This is a favorite of tech types and the marketing people who desperately want to be them. You can be sure if there’s data involved, it’s gonna be big.

“Put the word ‘big’ in front of a very smart word like ‘data,’ and books get published and companies panic,” said Victor Lee, vp of digital marketing at Hasbro. As Lee sees it, the concept of measuring data is clearly not new, but for some reason this buzzword is.

Bob Rupczynski, vp of media, data, CRM at Kraft, also thinks that “Big Data” is played out. “As Inigo Montoya would say, I do not think this word means what people think it means,” said Rupczynski. “It’s being tossed around cavalierly to mean everything from a entry level marketer’s work on Excel to NSA’s Prism program.”

Alternative: “Data is simply the way that we learn about people and what they really want – it’s their personal fingerprint on the digital (and analog) universe,” said Rupcynski. ”

Circle Back
This is a staple of corporate speak in the same vein as “let’s table this” or “thinking outside of the box.” It’s lame. End of story.

Example: “Can we circle back on this issue?”

“I hate it because it’s basically a way of saying you’re either underprepared, lost and/or clueless but unwilling/afraid to admit it,” said Andrew Cunningham, community manager, Huge. “Do I use it all the time? You bet.”

Alternative: “You’ll have to excuse me, I zoned out for three minutes and have no clue what you’re talking about anymore. I will send an e-mail later once I’ve gathered my thoughts, effectively setting the group back a couple hours.” OK, maybe “circle back” isn’t so bad after all.

Epic
This qualifier has graced many a headline this year — just search “epic” on BuzzFeed. This Tumblr post puts it best: “Not  everything is epic, shitheads.”

Example: “If you play our cards right, this could be an epic social media win.”

“As soon I see or hear that word, I instantaneously tune out whatever follows it by default — everything is epic now, which means absolutely nothing is epic,” said Harley Block, svp of marketing and brand strategy at Rokkan. “Epic paper towels, epic nights, epic dinners, epic coffee, epic naps. Just stop, please, unless you’re describing a lengthy narrative.”

Alternative: “Just call it what it is: good, great, excellent, the shit,” said Block.

Gamification
If you turn marketing into a game, it becomes a fun way to create authentic user engagement, right? No, not always, or hardly ever really. But you can see why the prospect of “gamification” is so attractive to brands.

Example: “Adding a gamification element is an innovative way to incentivize consumers.”

Gamification gets slapped onto a lot of campaign descriptions without people “truly understanding what it takes to ‘gamify’ something and create an experience users want to interact with,” said Trevor O’Brien, executive creative technology director at Deutsch LA.

Alternative: As O’Brien explained, if there is truly a “gaming” aspect to whatever it is you are referring to, explain things like the player roles and the elements of the game — whether that means leaderboards and points or badges and virtual rewards.

Nimble
In the age of real-time marketing — another buzzword we are all tired of hearing — it’s no wonder that “nimble” is mentioned a lot. The thing is, everyone already knows this. Being digital and socially savvy means being fast and keeping up with the pace of change.

Example: “We need to stay nimble on social for this; there’s a lot to look out for.”

Huge’s Cunningham told Digiday he doesn’t like this word because of its overuse by people who tend not to understand regular office dynamics. “Yes, I get it: We need to be on top of shit, just like every day. But this is just an annoying word overall when not used in the context of a nursery rhyme.”

Alternative: “Don’t say the above phrase at all, or try this: I’d appreciate if you continued doing the job we pay you in American dollars to do,” suggested Cunningham.