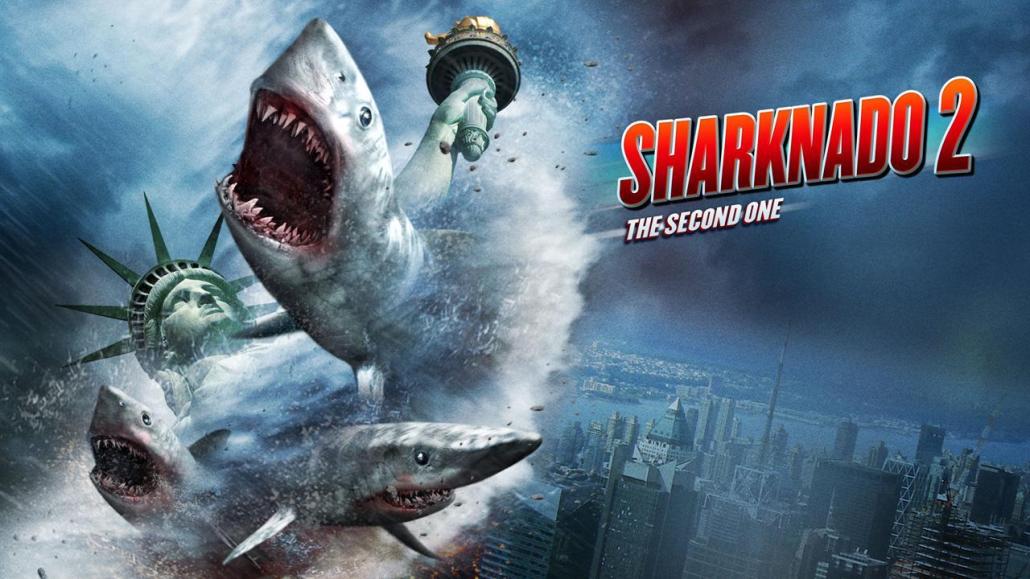 It was the biggest social TV moment of last year, with Twitter reporting that a peak of 5,000 tweets per minute, and 600,000 tweets after it premiered the first time. So it was no surprise that Wednesday night’s Syfy premiere of “Sharknado 2: The Second One” (same plot, different city) brought out plenty of brands that tried to get in on the communal conversation.

This one actually kind of makes sense, Weather Channel.

Nonprofits ASPCA and the Red Cross of Philadelphia get in on the act.

In the event of a #Sharknado We recommend having a kit and downloading the #redcross apps! #Sharknado2TheSecondOne pic.twitter.com/TaPsWHXx0R

Poor showing, Lenovo. Minus points for the terrible Photoshop job.

Priceline makes a dubious connection between travel and tornadoes.

Tornadoes may be perfect for sharks, but we humans prefer saving on airfare with Priceline. #Sharknado2TheSecondOne pic.twitter.com/BUpX8c4Wxb

Miller Lite appeals only to the most die-hard of fans with a reference to screenwriter Thunder Levin’s initial reaction when Syfy approached him to write the script.

Trolli Candy recalls that it does produce some shark-themed products.

Say what you will, but at least Moe’s Southwest Grill put some effort into this.

Subway is one of the marketing partners for the film, and Jared ‘the Subway guy’ Fogle even made a cameo — along with an “Eat Fresh” joke. Subway restaurants across the U.S. featured in-store displays promoting the film. In a release, the brand said it would be live-tweeting the film with “cheesy sub-liners.” A sample below.

.@CathBrad How about a beach towel so you can maximize your shark watch on your next beach trip? DM us. pic.twitter.com/vZa2dPSfhu — SUBWAY Restaurants (@SUBWAY) July 31, 2014