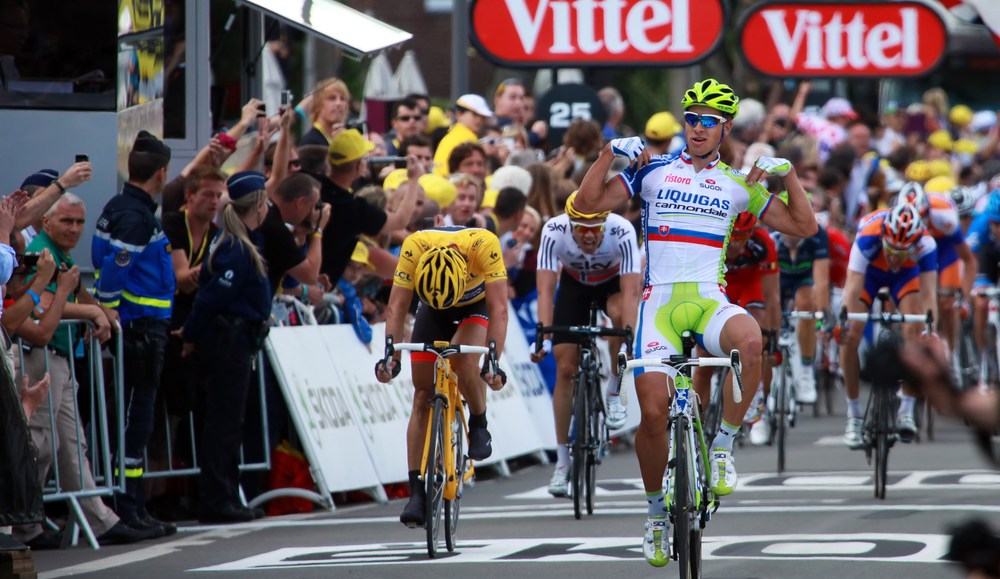 Tour de France 2014 kicked off this past weekend amid much fanfare in England, presenting yet another irresistible real-time sports marketing opportunity for brands. And why would they pass it up? The event attracts the third-most viewers among global sporting events, behind only the Olympics and the soccer World Cup.

Here are five campaigns that stand out:

The French telecommunications giant is providing exclusive content to the official Tour app, beaming race coverage and highlights directly to users’ desktops, mobile phones and tablets. Orange is also maintaining a live, real-time Twitter dashboard, which tracks not only the latest tweets, but also where they’re from, what language they’re in, the cyclists they mention, and tracks popular hashtags. This gets our biggest thumbs-up for the interactive and intuitive layout — definitely worthy of the overall leader’s Yellow Jersey.

The European automobile manufacturer is going all out to leverage its deal with the Tour, now in its eleventh year, by sponsoring the Tour’s official app. The app has live rankings, updates as well as real-time GPS tracking, photos and videos, seeded in part by Orange. Skoda has also launched We Love Cycling, “a cycling magazine” website especially devoted to the race, which features articles, live reports, video clips and even several competitions. It also has a presence on social media, with a Facebook that has over 25,000 likes and a YouTube page that houses its helpful video summaries, called “Fragments,” which are pretty cool. Give Skoda the Green Jersey for pulling ahead of the pack points-wise.

The French supermarket chain has dedicated a part of its website to update its customers on the latest developments in the race, and also sponsors the Tour’s polka dot jersey for best climber. The company is also distributing fruit during the races. The site is hosting videos of the various stages, news updates from the Tour and a game that you can play “to try to win lots.” But, zut alors!, it is entirely in French. It nonetheless deserves the very polka dot jersey it sponsors. 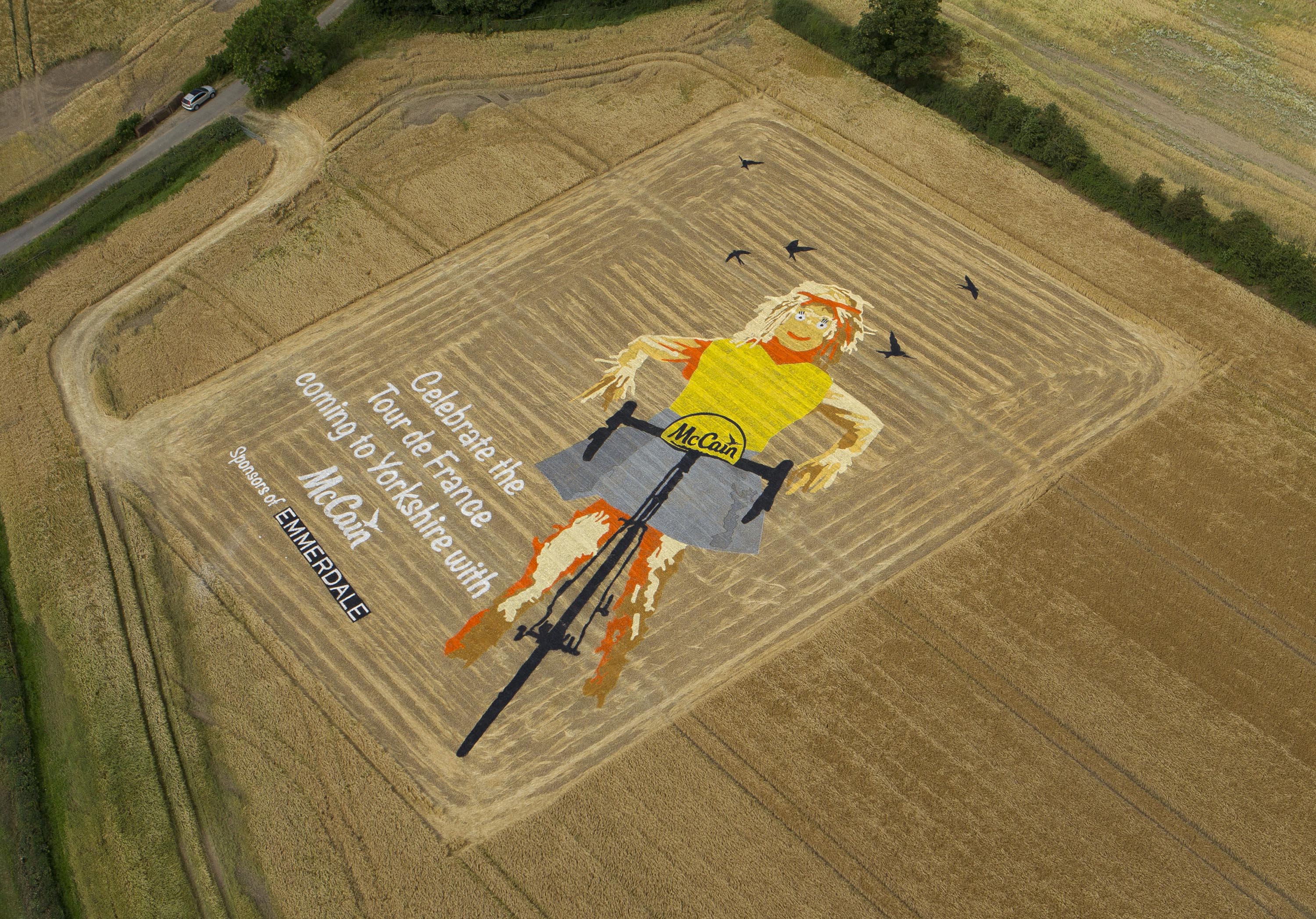 Pitch, the UK agency of the Canadian frozen-food company McCain, is riding on the location advantage and has created a giant 4,550 square meter image of a scarecrow in a potato farmer’s field, just off part of the Tour’s Stage 2 route near York. The scarecrow appears to be riding a bike, and was created by an expert team of field artists over the course of five days using biodegradable paint, ostensibly to celebrate the local potato farming communities, many of who supply to the brand. While the crop-circle inspired creation is definitely a novel idea, the digital strategy falls flat with only the hashtag #McCainTdF, and the engagement hasn’t been all too thrilling either. No jersey for you!

The French sportswear brand has partnered with the agency Nedd to launch a game to get users pedaling. Called “The Sporty Finger Game,” it allows you to progress on the actual path of the tour, recreated on your desktop. The problem, though, is that it’s a bit of a hassle, requiring both a smartphone on which you rotate the wheel, as well as a computer on which you see your progress. The prize at the end of it all – the chance to receive a VIP pass for the final day on Champs-Elysees. If you don’t let the boredom get to you first that is.