5 brand campaigns that bring Pinterest into the real world 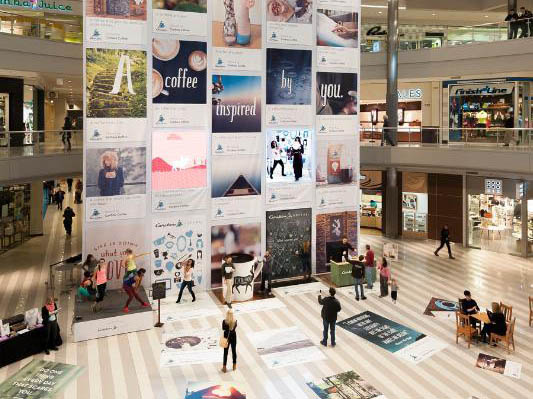 Pinterest, aka the Internet’s mood board, has become the standard bearer for brands that want to express themselves visually while simultaneously giving people content to use socially. Often this content has no connection to a brand’s brick-and-mortar business, so today we’ve rounded up five examples of retailers that are using the platform to tie the digital world back to the physical.

For Kate Spade shoppers who worry that once they’re all dressed up they’ll have nowhere to go, the brand enlisted the new “place pins” feature. With the pins, they created city guides offering users places to check out in a number of socially acceptable locales in the U.S., Europe and Japan. The program includes a partnership with Fathom Guides, a digital resource for those seeking travel advice through itineraries with names like “It’s My First Time,” “Here on Business,” “Best Day Ever” and “With the Kids.” Culture and fashion newbies will appreciate these guides for their lack of tourist traps and focus on places the brand’s namesake might actually check out herself. Urban Outfitters created a similar place pin set called “The Fresh List,” which is essentially the same thing, just more hipstery.

Sometimes connecting digital to physical  is simpler than you think. Take Caribou’s recent campaign that literally rebuilt a Pinterest board in the Mall of America. The 64-foot-tall board included things that inspired actual people (i.e., “summer” and “my kids”) and was billed as an inspiration for a new blend, aptly named the “Real Inspiration Blend.” How the brand translated user submissions into the “bold, silky, bright and wild” blend that their brewers created from the campaign we’ll never know. But that giant board and the real coffee that resulted represent a new stage in, ahem, “phygital” brand work.

A “Backyard adventures with REI”

REI has since its inception had a section in every store where shoppers and employees would post pictures from their various adventures. Usually, these were 5×7 photos pinned to an old cork board. The company has recently taken that notion to the Web with “Backyard adventures with REI,” a partnership with power pinner Jennifer Chong, who travels to national parks around the country and takes pictures with her favorite products. It’s a subtle twist on the print magazine sent to REI members each month, which includes — you guessed it — photos of products being used in the wild. The difference between old media and new is palpable: Chong’s images have gotten thousands of repins, while most of those magazines end up in trash bins. By the way, REI got into the place pin game as well with “Adventure Destinations.”

Here’s one that brings TV, the real world and the Internet together in an epic design-porn apotheosis. NBC’s Ultimate Dream Builders is a contest of 12 designers hosted by Nate Berkus. You’ve probably watched it and drooled. This effort follows the show’s template that pits a team red against team blue, only this time they serve up their vision in the same format that makes Pinterest pop in the first place. But in this case, the content here could very well translate to your actual home, resulting in real prize money for the winners. It’s also a great way for Lowe’s to show off the brands they carry: All of the images are from lowes.com.

This ad sums up Target’s “Party with Pinners” campaign, which brought together top pinners to create custom party-planning collections. The Pinterest board dedicated to this campaign includes products that fit into the collection as well as inspiration from the pinners. In-store, customers can find special sections with the products. It’s a digital extension of the brand’s partnerships with top designers, meant to give customers the feeling that they can put on well-designed parties without spending a ton.