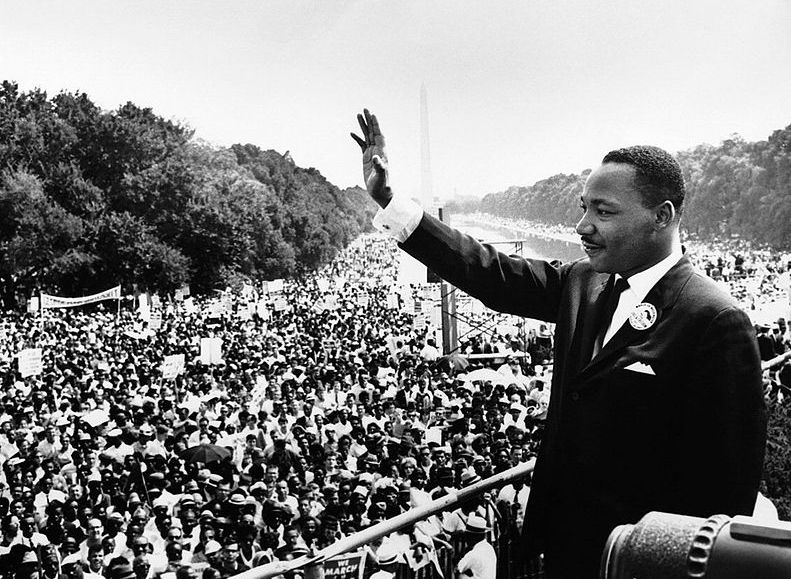 People all over the world today are taking a moment to stop and remember Martin Luther King, Jr. for his bravery, strength, eloquence and vision. Unfortunately, there is no shortage of people who themselves lack said vision or eloquence. For better or worse, brands feel compelled to chime in on a day dedicated to honoring a truly unique humanitarian and Nobel Peace Prize winner.

While many brands decided to tweet Martin Luther King Jr. quotes in honor of the holiday — a move that itself can vary in tone from tactful to dumbfoundingly tacky — others took MLK Day as just another opportunity to hijack some social buzz. Comedian Joe Mande has raised the annual rite to performance art levels on his own personal Twitter stream.

Here, then, is roundup of the more notable MLK tweets that incurred the wrath of the Internet from companies that should know better. 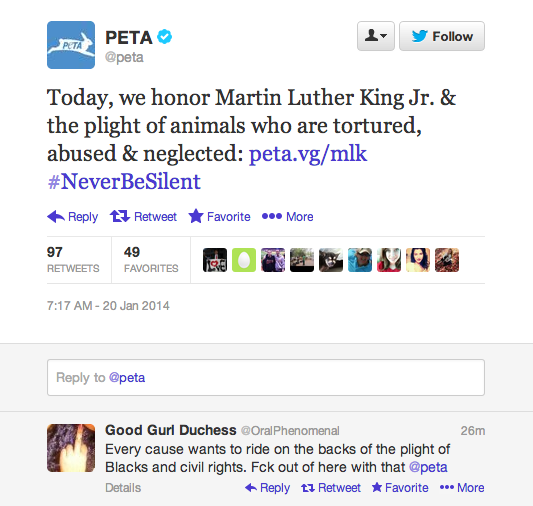 This isn’t the only unfortunate MLK tweet that PETA, no stranger to gratuitous trolling, sent out today — this one is pretty bad too. While we are all for animal rights, putting the “plight of animals” on the same level as the fight for civil rights is definitely not how your honor Martin Luther King Jr. Just a quick scroll through the comments shows that pretty much everyone agrees on that one. 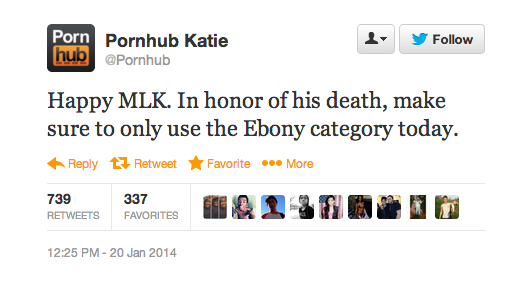 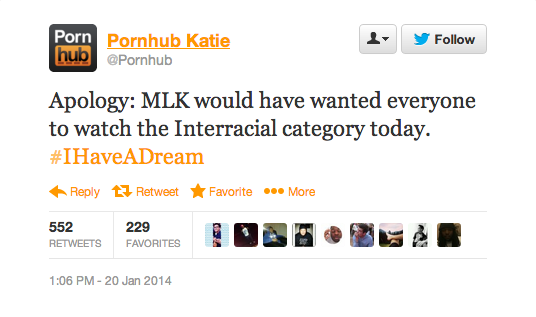 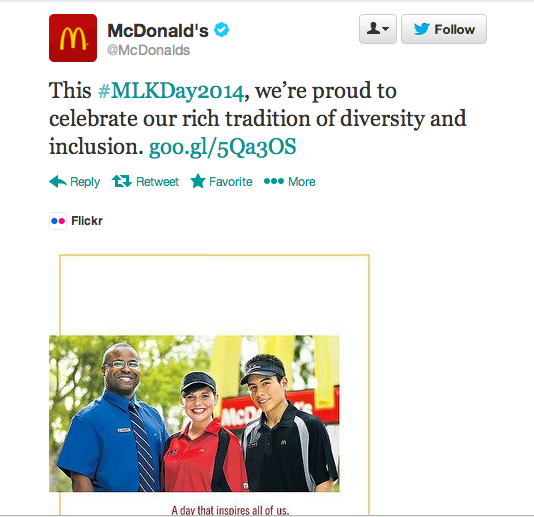 McDonald’s is taking MLK Day to remind you that it doesn’t discriminate and has a diverse staff. While it is great that McDonald’s puts such an emphasis on diversity and inclusion and even has a diversity team, it still doesn’t feel quite right to use MLK Day as a way to promote your own brand. 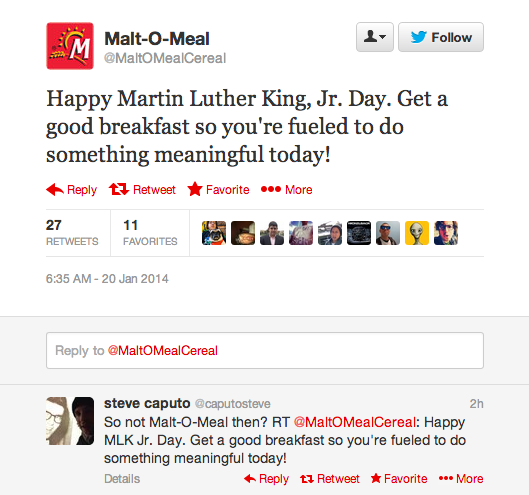 It’s pretty safe to say that eating cereal wasn’t something that helped MLK do something meaningful.

Chicken of the Sea 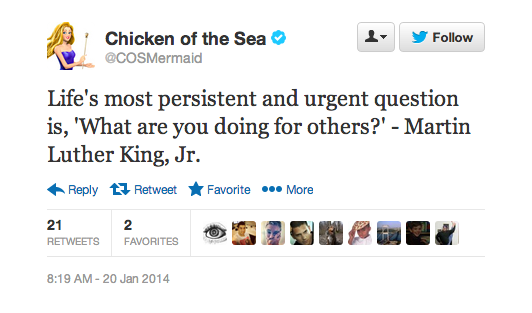 Thank you canned tuna brand for sharing that quote. Chobani shared the same one too. Oh, and so did Kmart — and Cisco. 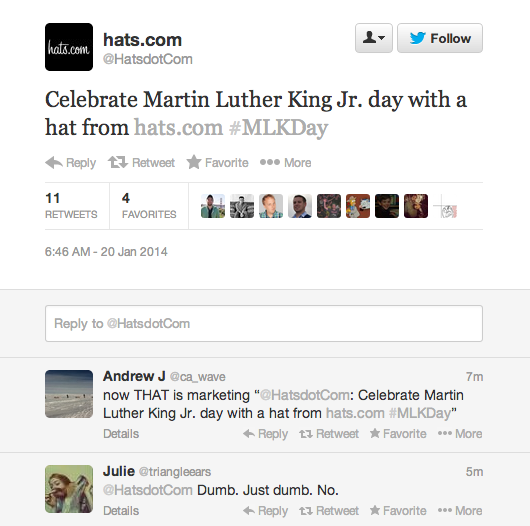 This is so shameless it almost feels like it is sarcastic. The comments in response to this tweet pretty much spell it out. This is not a good look Hats.com. 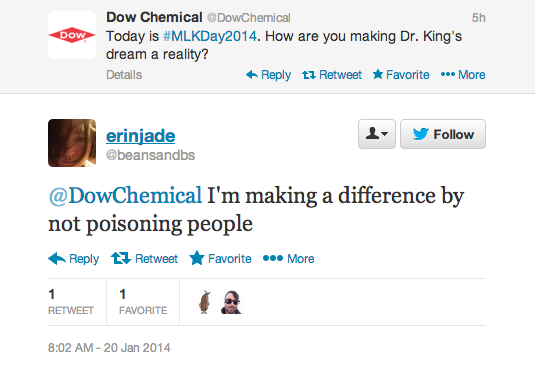 Clearly people don’t want to hear from a  multinational chemical corporation about MLK Day — and @beansandbs’ response knocked it out of the park.