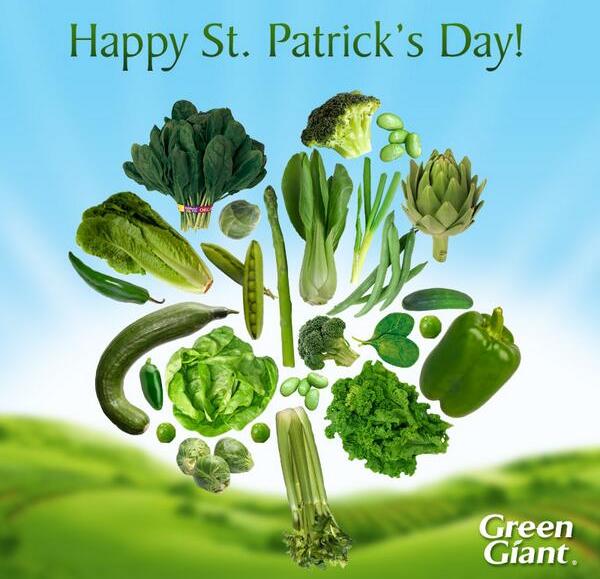 Today, everyone is Irish. And that means, in the spirit of St. Patrick’s Day, brands are feeling lucky on Twitter, posting rainbows, four-leaf clovers, basically anything to do with the Emerald Isle, for a bit of real-time marketing.

Step right up for some greasy pizza kisses?

This is one brand where it makes perfect sense to weigh in on the day. The best charms are the ones that are made of sugar, apparently.

Happy St. Patrick’s Day to you and your family! May it be filled with luck, love, and delicious food! pic.twitter.com/YnpkKGul7u — Smucker’s (@smuckers) March 17, 2014

With a name like Smucker’s … you can expect a groan-worthy pun or two.

May the Luck of Charmin be with you… #tweetfromtheseat pic.twitter.com/qMRLSsDsmO — Charmin (@Charmin) March 17, 2014

We’re not sure that there’s gold at the end of that rainbow, Charmin.

Hm. Is a soapy sudsy kiss is better than a greasy pizza kiss? Discuss.

Happy St. Patrick’s Day! RT if this is your idea of a pot of gold. @Team_Optimum #stpattysday #protein pic.twitter.com/MuexpCNJQm — The Vitamin Shoppe (@VitaminShoppe) March 17, 2014

We’ll have whatever “vitamins” that leprechaun has been taking?

Thanks for reminding us of those less lucky, leafy greens, Green Giant.