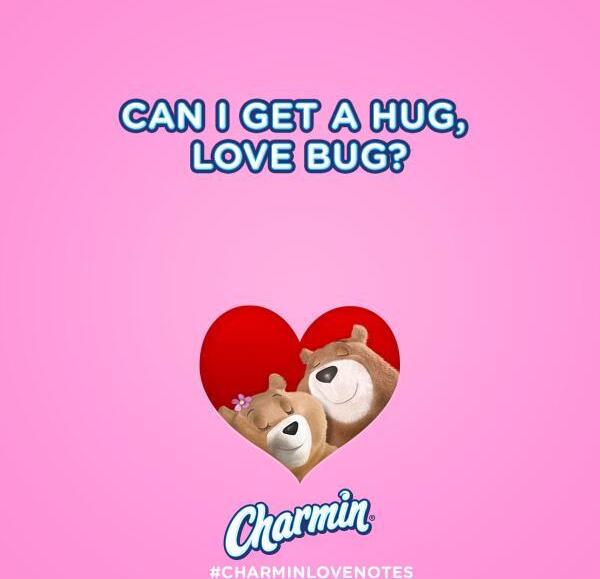 Brands obviously love their followers, but these days it’s beginning to feel like they love each other even more. What was a noticeably phenomenon during the Super Bowl, has only intensified this Valentine’s Day. Have you felt the love?

Here’s a few brands gettin’ it on today. Get a chat room, guys:

Swiffer blows a kiss at IAMS:

Dogs aren’t the only ones that will roll over for you, @IAMS. You’ve got me going in circles. #xoxoSweepTrap pic.twitter.com/ZKnd9dULNv

.@OldSpice youve really got hair that gets results.Looks like we both clean up well on Valentines Day #xoxoSweepTrap pic.twitter.com/ub1AGtzhud — Swiffer (@Swiffer) February 14, 2014

Intel made a mildly nauseating Vine Valentine (a Valenvine?) for Toshiba:

Hershey’s sends (a photo of) one of their plastic rose tube things to People Mag, among other magazines:

Oreo wants you to remember their sweet creme filling during that weekend Netflix marathon:

Uh, so Crest sent Oral B a Charmin-branded valentine? The bathroom is getting crowded, folks:

.@OralB: Your love is so powerful. Can I get a hug, love bug? Yours truly, Crest #CharminLoveNotes pic.twitter.com/GA0tPrV6zK — Crest (@Crest) February 14, 2014

This isn’t directed toward another brand, but it made us wonder how many people down Pepto-Bismol after that first kiss:

Love. It can be nauseating sometimes. We feel you. Happy Valentine’s Day, regardless. — Pepto-Bismol (@Pepto) February 14, 2014

Charmin. Never one to shy away from cute-but-corny puns:

Lastly, we’re not sure what to make of this, but Yo Gabba Gabba! apparently wants to eat Anthony Bourdain?