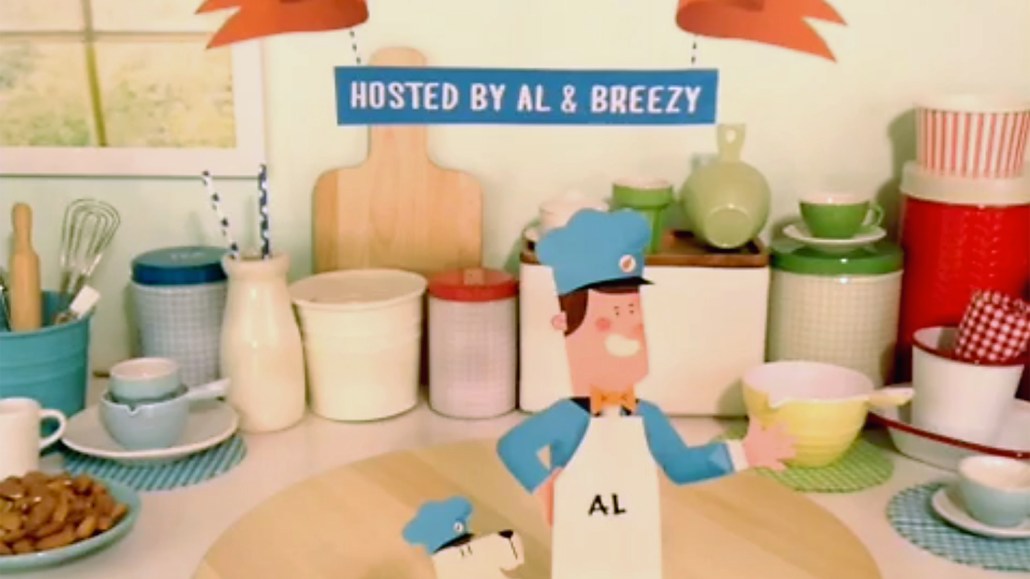 The Vines, which feature two cute paper cut-out characters, “Al” and his friendly dog, “Breezy” are done in stop-motion animation and illustrate how easy it is to throw healthy food in a blender for a tasty drink. In six short videos, a small cooking show-like “episode” unfolds as the team slices and dices various ingredients and tops it off with some almond milk. The brand is calling the campaign “Recipes Made Breezy.”

Blue Diamond found that women in their late 20s to early 50s often find out about almond milk by learning how to make new smoothie recipes. The Vine concept was born out of a hope to make the drink accessible by showing the drink’s versatility to those who are new to, or interested in, smoothie-making.

While the six-second format is certainly entertaining, it remains to be seen if it can inspire.

The female creative team that put it together wanted to make sure it appealed to smoothie-making and almond milk fans and that it would draw in new converts. “Smoothies are one of the first reasons why people buy almond milk,” said Mimi Cook, chief creative officer, Y&R California. By providing a helpful service to customers, the brand is hoping to (quickly) demonstrate one of the most common uses for the drink in hopes you’ll give it a try.

“You’re asking a lot of people to hang with you and share it,” said Cook. The Vines, she added, needed to be simple and charming. “Watching a Vine is like watching magic,” said Cook. “There’s something so great about its constraints and seeing how people creatively deal with it. It’s as much of a discipline as tweeting, as it requires a really pointed message.”

If Twitter takes discipline, Almond Breeze could use a little work. The brand has a shade more than a 100 followers on the platform. It does have nearly 225,000 page likes on Facebook, however. Vine could be a way to gain more engagement on Twitter, among other places. “We, of course, wanted to promote on Twitter and Vine to expand our social footprint,” said Hagener. “But it’s also just gaining getting consumer interest, that’s our key measurement.”