How to Not Blow it at Your Ad Agency Interview

Looking to get hired at an agency? Before you go out for your next interview, make sure you don’t accidentally do something that will land you in the rejection pile before you’ve even left the room.

Digiday asked top agency execs to share their biggest pet peeves and red flags when it comes to interviewing prospective new employees. And this isn’t just for newbies to the industry; it’s for experienced advertising folks, too. From not asking enough questions, to being too self-absorbed and overdressed, see what not to do at your next agency interview if you don’t want to blow it. 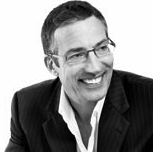 Brian Powley, global president, iCrossing
One particular “red flag” story that comes to mind is when I was interviewing a senior guy who was pretty far along in the process. I asked him what excited him about coming to work for us, and he waffled in his answer. One thing he did mention was he liked the thought leadership we published and mentioned a white paper we had on our site. I asked him what the key takeaways were for him from that paper, and he immediately turned red and started sweating. It was obvious he hadn’t read the paper. I was shocked that he would show up to an interview without being able to articulate a clear reason he wanted to work here and then waffle to cover it up. He didn’t get the job. 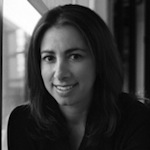 Linda Sawyer, CEO, N.A. Deutsch Inc.
A story that worked its way up to me from our HR group was when we were looking for a junior-level candidate. During the interview process he was asked what appealed most to him about working at Deutsch. His answer said it all: “Who wouldn’t want to work at a company with a great reputation like Deutsche Bank?” While this seems extreme, the message is clear. Know the company you are interviewing with, dig deep, investigate.

Matt Britton, founder and CEO, MRY
The biggest turnoffs are when the candidate truly has not done their homework on our agency, its clients and its work. It makes me question if they really want to work at MRY or just want a job. It is also a red flag when candidates disparage their current agency. We tend to look for the raw skills that can’t be taught — creativity, hustle, likability — and are less concerned about deep domain expertise which can be faked. 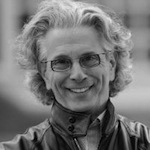 Edward Boches, chief innovation officer, Mullen
The single worst thing that someone can ask is — and this tends to happen with junior people a lot — how soon they’d be able to move into another department. It says they aren’t interested in the particular job they are interviewing for. Another thing to never ask is anything to do with how late do we have to work, or do we have to work weekends. You are instantly telegraphing that you’re not committed to do whatever it takes to get something done. There are other things like, do you glance up at the ceiling when you are answering questions as opposed to looking someone straight in the eyes with some degree of confidence. 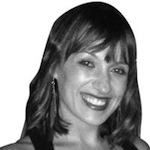 Sarah Aitken, managing director, Iris
Some of the usual etiquette things: Don’t turn up late or way too early, or not being properly presented — a suit might be a bit much for an agency interview if you’re a junior creative. Passing off your senior’s work as your own. One other thing would be if someone offers you a glass of water, take it. You’ll be talking for an hour straight. We also like to put our interviewees to the test – it’s easy to say you can, but can you prove you can? We often set people a real brief to respond to and ask them to take a few days or a week to work on something and come back and present. It really helps see how people think about a client problem and act in a client situation. 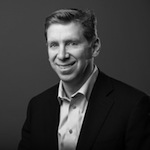 Bryan Weiner, chairman and global CEO, 360i
Passion is the real differentiator. I’ve interviewed people where they are unable to answer why they even want to work here, which is huge turn-off. Being unable to demonstrate examples of where things have been challenging and that you stayed to overcome them and turn what was a challenge into a success is another turn off. Sometimes you see in resumes that when the going gets tough, they get going. I’ve also had a few people ask me, in different ways, if 360i would help them build their personal brand, which is a clear signal that the person is to really obsessed with themselves and what they will accomplish and that they aren’t really a team player. 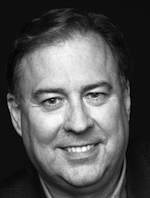 Brad Brinegar, chairman and CEO, McKinney
I am amazed at the number of candidates – even senior people with a lot at stake – who don’t have an endless list of things they want to ask me about. Curiosity is table stakes to be good in this business. I’m usually the last interviewer of the day, and I’m amazed how often people will say they’ve already asked others all the questions they had. So, you can’t find something else to ask?  You don’t think it would be valuable to know if my answer is different from everyone else’s?  And fundamentally, you don’t get that the best way to make an impression on someone is to show that you care about what they think. Automatic reject when I hear this.