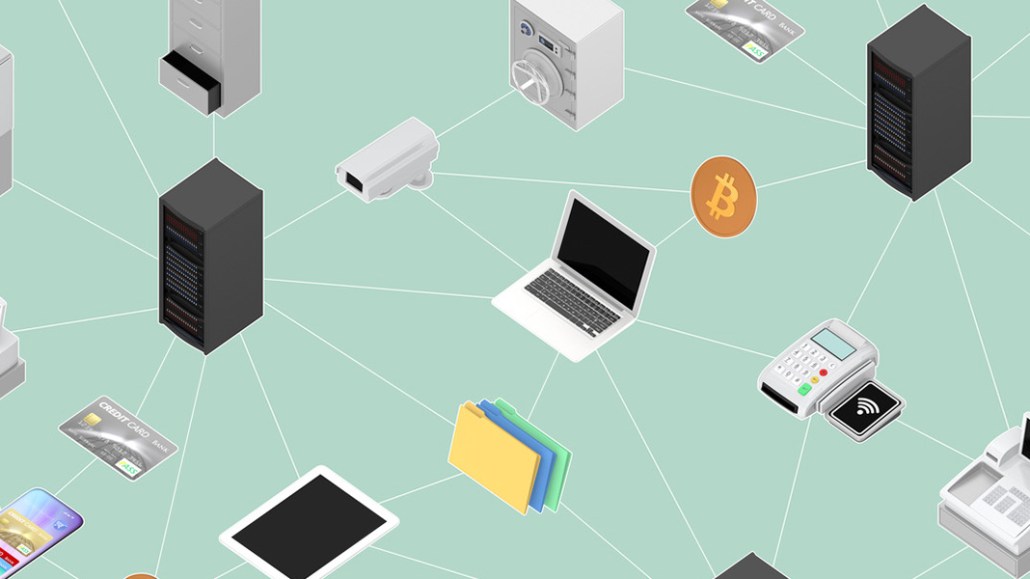 Blockchain — which originated in financial services and is essentially an open ledger (a massive spreadsheet) of transaction data — is a new ad tech solution in town. Its promise is to provide advertisers more transparency and solve problems related to ad fraud and brand safety.

The underlying technology of blockchain is sophisticated, but how it works is straightforward. In its simplest form, blockchain works as a community. For instance, if a brand buys inventory from 10 publishers programmatically, the 10 publishers, the supply-side platforms that those publishers work with, the advertiser’s media agencies, demand-side platforms and the brand itself could form a group where members have different levels of access to a ledger. Pavel Cherkashin, co-founder and CEO for Blockchain Programmatic Corporation, explained that the multiple access levels allow only authorized parties in the transaction to access the data for audit purposes, while the remaining members have access to aggregate data for analysis and modeling purposes, etc. Transactional data is encrypted to ensure its protection.

“Each member of the network is a ‘node’ storing a certain amount of data on their servers and earning rewards, or tokens, for processing this data,” said Cherkashin. “They also conduct the audit and crowdsourcing of the data to ensure its accuracy and compliance.”

Blockchain is still in its early days, but some industry initiatives use it. For instance, Nasdaq said in March that it is providing blockchain technology to power a startup called the New York Interactive Advertising Exchange that trades guaranteed advertising contracts, while the Interactive Advertising Bureau’s Tech Lab formed a blockchain working group in September led by GroupM’s mPlatform and NYIAX. (It is hosting its first full working group meeting on Nov. 1.)

Despite these applications, lots of use cases for blockchain are still theoretical. Here’s what you need to know.

The blockchain company view
Ken Brook, CEO for blockchain ad platform MetaX, said that in an unreleased beta test of blockchain with an undisclosed advertiser, his team discovered that between bot traffic, invalid banner video and unauthorized inventory sellers, more than 30 percent of the advertiser’s online ad spend wasn’t what it paid for.

“There is an immense problem around disparate data sets, especially when these numbers are used to justify ad spend and return,” said Brook. “There is also a lot of obscurity on how inventory is sold and resold.”

Cherkashin added that neither SSPs nor DSPs can provide the required level of trust and ability to process data as crowdsourcing in blockchain does. After all, with blockchain, the intermediary is a robot, not a human, so people can trust it with their data.

Cherkashin’s team patented the concept of multilayer blockchain, where 100,000 independent blockchains can work concurrently, which allows the system to process more than 1 million transactions per second, according to Cherkashin. “The compromise we need to accept is that there is no real-time consensus between all of the blockchains, but for advertising audit and data analysis, this is not required,” he added.

BPC will launch with more than 100 publishers this December, and Cherkashin expects at least 10,000 advertisers will get on board through token purchase by the end of this year.

The industry view
It is widely reported that one big problem with blockchain’s application in programmatic buying is the technology is not capable of handling millions of bid requests per second. “I don’t think blockchain is the solution. From what I’ve read, blockchain can only handle around 2,000 transactions per second, while in programmatic, we are doing millions of transactions per second,” said Nick Jordan, founder of data trading company Narrative I/O. “Ad tech likes to add layers of solutions on top of other solutions.”

Jordan said that even if blockchain can process 100 billion ad impressions per day, only three or four organizations like Google and Amazon have the computing power to manage the large databases required by that volume, which goes against the promise of blockchain: a distributed ledger. “Basically, the industry goes back to the hands of walled gardens,” he said.

Drew Bradstock, svp of product for Index Exchange, echoed Jordan’s sentiment. Bradstock said SSPs, DSPs and publishers can work together to provide advertisers more transparency. If advertisers and publishers rely on blockchain, there will probably be an ad tax on using the solution.