Best of 2017: Marketing experts share their best tips for success 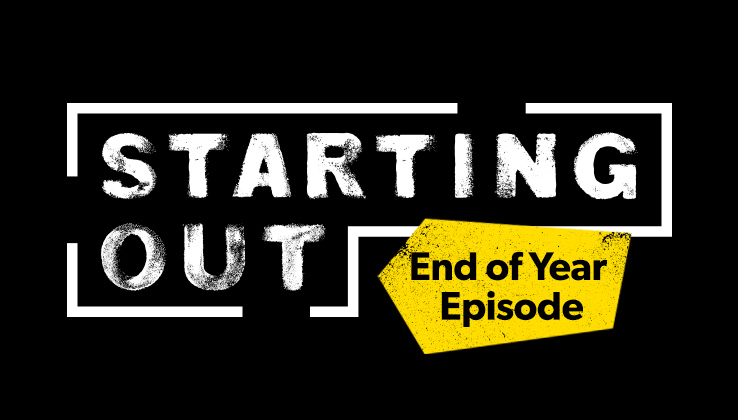 This year, Digiday launched a new podcast called “Starting Out.” We invited some of the biggest names in marketing to share the secrets of their leadership and success. Here are the five best pieces of advice that our guests swear by.

Bryan Wiener, chairman at 360i
There’s a big difference between wanting to be successful and being willing to do whatever it takes to be successful. The willingness to grind it out is something missing with a lot of people. Even in business school, all my classmates were going to Wall Street or consulting or packaged goods. I had to grind it out and get internships. There were no people looking for internet people. You had to grind your way through to get to the right place in the right time. When I think about everything after that, there has been far more failure than success. So that’s been key.

You have to just tune out what other people are doing. If you worry about what other people are doing, it’s easy to get distracted. Focus is critical. Whether as an individual or a company, even before you decide what you’re doing, you have to decide what you’re not doing. It’s kind of how my brain works: Where do I want to go? And then work backward from there. Anything that doesn’t fit in that, don’t do. It’s not rocket science. It’s reverse-engineering success.

Jeff Goodby, chairman at Goodby Silverstein & Partners
I’ve fired people. But you know, there’s a really rational reason for firing people. It has to do with them not being the right person at that time for that job. It doesn’t mean they’re a bad person. Or, you know, you sometimes don’t have the money to pay them anymore.

We have to try hard to take into account the circumstances of the person and give them good recommendations if they deserve it, and try to stay in touch with them and make sure they’re OK. It’s why when you do fire people or they leave, you don’t burn bridges with them. They’ll be back. Sometimes they’ll be your client. Or you want them back. Always try hard to make people feel good about us at the end.

Katrina Craigwell, head of marketing innovation at GE Digital
There are people on the way that helped you — they have a stake in your path. Remembering that once the good happens at the end of getting their advice or making an introduction, bringing them along and saying “thank you” means a lot. It’s about building relationships with love and respect. People really want to help you. And they almost don’t expect anything. Send flowers. Send a handwritten note. The five or 10 minutes it takes means a lot. Bring folks along.

Jaime Robinson, co-founder of Joan
Every morning, I come in and say hi to the doorman at the office. We have a really great relationship. I know that sounds crazy. But his name is Winston, and he’s just the coolest dude that’s ever walked this earth. I dance; I sing his name; we have a conversation about the weather and how he’s feeling. I come in dancing sometimes; I want to make him happy. Then, one time he asked someone else, “What does that woman do for your company?” And they said, “You know, she’s the one who founded it.” And he said, “She’s the boss?” It was a revelation. He was like, “But she’s so silly.” In our industry, we wring our hands a lot about a lot of things. But it’s really about entertaining people.

Wendy Clark, CEO at DDB North America
I think progress over perfection is what we have to do to move with the real-time marketplace. It comes back to the leadership perspective. You have to be able to make decisions, and you have to make it very quickly. And that is a doer mentality. I try very aggressively to make decisions at the speed that my organization needs it to be made. It’s way better than no decision. And frankly, it’s how you compete. Because if you move fast, then your competitors can’t tell where you are.

To listen to full episodes, subscribe to the podcast on iTunes, Google Play or Stitcher. While you’re there, please don’t forget to rate us and leave us a review.