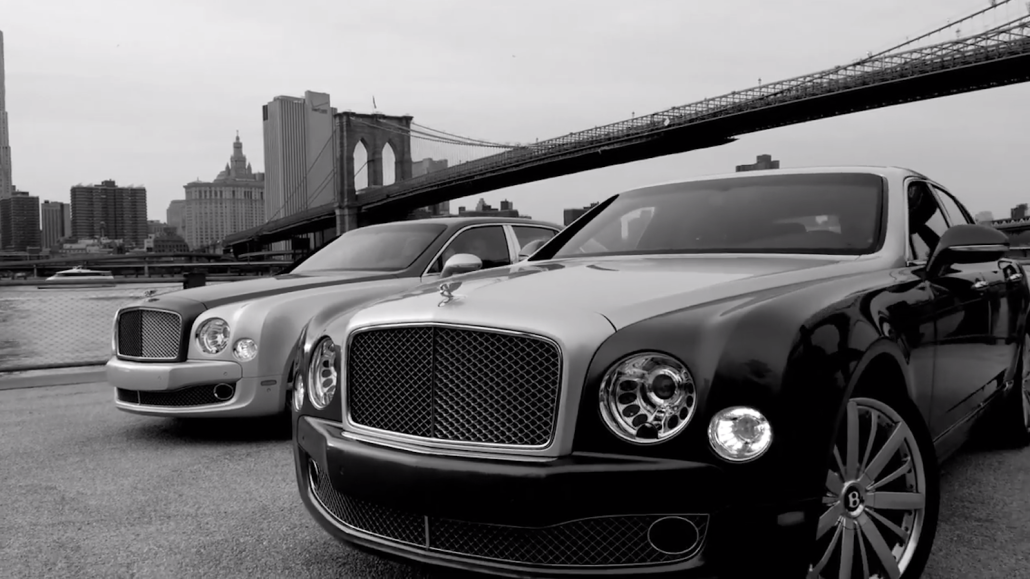 Ever wish your car was as functional as it is luxurious? For a mere $300,000 that wish can come true. Bentley’s flagship Mulsanne now comes equipped with Wi-Fi connectivity and iPad Airs that pop up when you open the rear seat “picnic tables,” as they’re known to Bentley owners.

Yesterday, Bentley published a 4-minute film it commissioned, “Intelligent Details,” to spotlight the way technology and luxury come together in the car. The film is shot extensively with an Apple iPhone 5S and edited on the iPad Air, some of which was done in the car itself. (Watch to the end to see how it was done.)

“When we consider who are clients and owners are, many of them are entrepreneurial men and women who spend a considerable amount of time in the rear of the car, yet they are keen to remain productive and connected,” said Graeme Russell, Bentley Motors head of communications for the Americas. To communicate the features, he said, executives thought: “What better way to do it than to not just talk about it, but use it.”

The film is an example of the kind of brand storytelling companies have been focusing on as they look for alternatives to traditional advertising. Produced by L.A.-based creative agency Reza & Co., “Intelligent Details” was shot over two days in New York City, in black and white, to give it a documentary-style feel. The co-stars of the film are Bentley’s two designers, Luc Donckerwolke and SangYup Lee, who talk while riding in the back seat about what inspires them in their work for Bentley.

The technology is integrated in a “very Bentley way,” with the motorized tables covered in wood veneer, “seamlessly hidden from view,” Russell said. (Also hidden from view: Bentley’s fuel “efficiency” of 11 miles to the gallon in the city.)

As you might expect from a luxury automaker, Bentley wasn’t going for a mass audience with this film. But it’s not unhappy with the film’s response so far. It was posted on YouTube May 15 and teased through its Instagram channel and on Twitter. Twenty-four hours later, the film was up to 162,000 views on YouTube. We’re contemplating embedding it in a Kickstarter page so we might someday be able to afford one.