The Banksy Guide to Modern Marketing 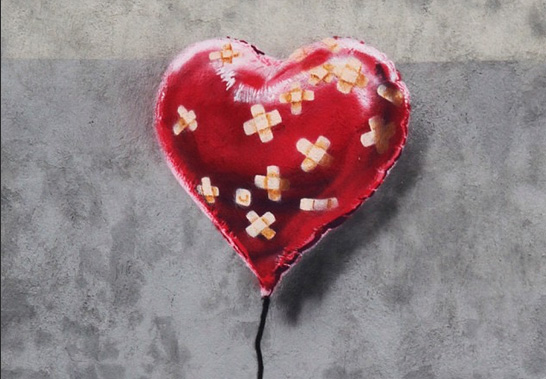 Love him or hate him, Banksy is killing it right now.

Since his monthlong New York show, “Better Out Than In” launched Oct. 1, the famously anonymous artist has created a new piece each day for the past two-and-a-half weeks, and no one’s been able to stop (or spot) him. His show-specific Instagram account “@banksyny” has amassed nearly 200,000 followers in less than three weeks, and each of his 17 posts has garnered thousands of likes each. Even the NYPD loves him.

And, after last Saturday’s hidden-in-plain-sight canvas sale in Central Park (each item sold for $60, worth around $30,000), NYC is on its toes to see where he’ll be and what he’ll do next.

Whatever your thoughts are about his art, Banksy is undeniably a brilliant marketer. In the ADD age, he flirts with controversy and polarizing topics in a smart way. A few tips on how to market like Banksy:

Stay current
Banksy hasn’t shied away from making work about touchy subjects that are integral to the fabric of New York City. He’s been riffing on the 9/11 terrorist attacks and Occupy Wall St. One piece featured graffiti-styled writing with the message “This is my New York accent.” followed by a smaller, serifed stencil: “…normally I write like this.” Banksy knows his audience. “He is tapping into natural cultural tensions and talking points in the city with every piece he does,” says Julian Cole, head of communications and planning at Bartle Bogle Hegarty, NY. Marketers don’t have to be controversial to be a part of a conversation, but they should be mindful of appropriate topics for their audience.

Leave them wanting more
While “Better Out Than In” has Banksy’s work all over the press, this is actually his first public foray since his curious film “Exit Through The Giftshop” hit the Sundance Film Festival in 2010. Banksy is conservative and strategic when it comes to choosing where and when he pops up next. “He’s amassed a fortune in sales (prints, etc.) by not flooding the market and only making his most classic works really available for mass production and distribution,” said Sy Kraft, vp and digital strategy director at Publicis Kaplan Thaler.

Don’t be predictable
In Los Angeles, this past September, Banksy created a piece with a stenciled figure and text reading, “Better Out Than In – 2013.” A few days later, he threw up a website, Instagram and Twitter account announcing that he’d showcase a monthlong residency on the streets of New York City, which, last we checked, is not very close to LA. “The plan is to live here, react to things, see the sights — and paint on them,” said Banksy in a recent interview for the Village Voice, hinting that there wouldn’t be a set plan for the show. Since nobody knows where the next work will appear, the result is a daily city-wide scavenger hunt for the location of the each piece he posts. And people are eating it up. The daily number of press and social media mentions of the artist are completely through the roof.

Focus on the main product
When Banksy launched “Better Out Than In,” it came with a toll-free number art fans could call when they encountered a piece. A cheeky recorded message would tell viewers about the piece in question. But the toll-free number is hardly the main attraction, and his attention to its upkeep appears to have waned in recent days. It is infrequently updated, and certain messages don’t match the paintings they describe. “The phone numbers that were prominent in the first few pieces seem to be secondary to the current work,” said Cole. “It makes you think that he is evolving the work through the 31 days.”

Don’t wait for approval
Obviously, vandalism isn’t a viable option for most people. But Banksy doesn’t wait for outside input on what work to make or how it should be shown. His exhibitions clearly don’t follow an art world-approved formula, and his signature stencil style is what makes his work unique, and his brand as an artist so strong (although he would undoubtedly bristle at the entire premise of this piece). “By operating outside of the official art world system, or appearing to do so, Banksy has created his own mystique,” said Mary Rozell, Art Business program director and full-time faculty at Sotheby’s Institute of Art. “Plus,” she added, “he really is a good artist.”