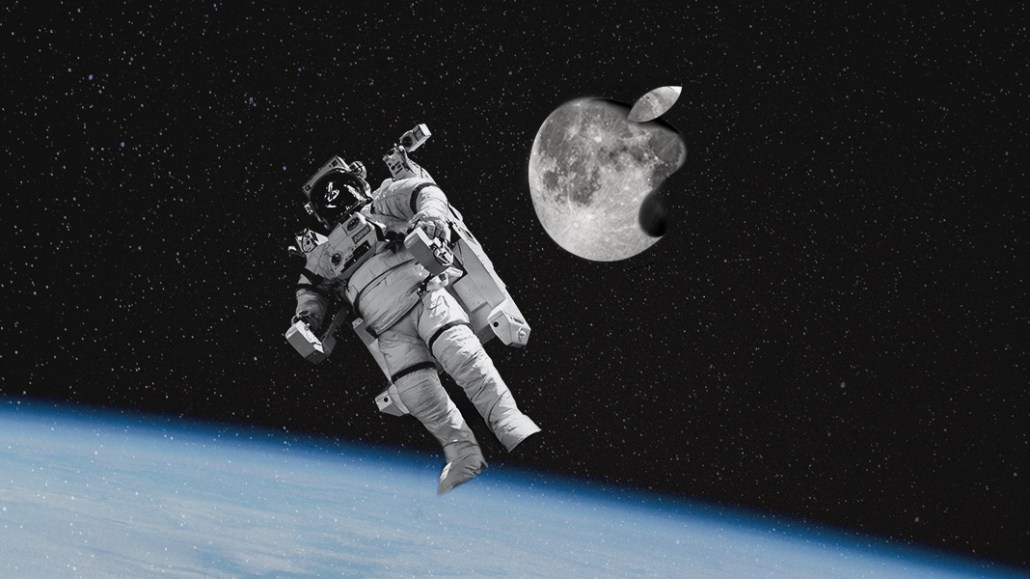 Apple’s crackdown on in-app tracking so far has come into force more gradually than expected thanks to a protracted rollout. This has tended to obscure the impact of the new restrictions. But after a first full quarter, it has become clearer that it will rattle, squeeze and throttle the flow of ad dollars online. The long shadow Apple cast over the current earnings season for the largest online advertising businesses puts this impact into sharp focus.

It was Apple, not supply chain woes, those businesses seemed most concerned by going into the home stretch of 2021. Not because they’re seeing swathes of media dollars move out of their businesses thanks to Apple — that is happening but only up to a point. Rather, the concern was simple: things are going to get worse before they get better; the apprehension there is the cautious forecasts from CEOs and the dramatic drops in share price on the back of underwhelming sales. It’s as if the first full quarter of grappling with Apple’s crackdown on tracking was a real eye-opener for CEOs of the biggest online ads businesses.

Think about it: Since ATT launched in April more and more Apple users have been required to give their permission to be tracked across apps and sites on Apple devices. It’s done via a mobile identifier called the Identifier for Advertisers (IDFA). This is crucial to advertisers’ efforts to know whether someone bought an item or downloaded an app after they saw an ad that promoted it. Without the mobile identifier, this becomes harder. In fact, it’s nigh on impossible to track, target or measure ads in any great detail without the IDFA.

This has all sorts of ramifications for the companies that built businesses on the back of those identifiers. Some of those businesses, however, are feeling it more acutely than others.

Take Peloton. The fitness business told analysts during its earnings call earlier this month that ATT would hamper its ability to add subscribers to its service as a result of not being able to precisely target as many people based on their interests. The Trade Desk, however, has barely felt the impact of it to date. Granted, variations like this are to be expected. After all, these are online businesses that are reliant on different data signals that are influenced by a myriad of other factors. So it’s understandable why The Trade Desk can say ATT has had a minimal impact on its business. Indeed, much of the traffic it helps marketers bid on doesn’t cover in-app ads, which is where ATT hits hardest.

Even so, it would be irresponsible for CEOs to believe they’re out of the woods yet. Doing so, risks being caught flat-footed as some bosses discovered over the summer.

Mobile gaming developer Playtika’s stock slumped down 25% earlier this month (Nov. 3) on the day it posted earnings that missed analysts’ forecasts. Unsurprisingly, it cut its own forecast for the quarter. It came after the company’s management team had previously dismissed concerns about ATT. Advertisers like Playtika are the workhorses behind many online platforms that make money from ads so it stands to reason that those businesses are also starting to feel the pinch — albeit to varying degrees.

Pinterest, for example, said in its SEC filing for the third quarter that Apple’s privacy safeguard has dented the platform’s “ability to track user actions off our platform and connect their interactions with on-platform advertising.” On the flipside, Twitter’s revenue over a similar period went largely unaffected by Apple’s crackdown on tracking. In fact, execs told analysts that the changes had less of an impact on ad revenue than expected. It raked in $1.3 billion in revenue over the third quarter to fall just shy of Wall Street expectations.

It’s a fascinating yet precarious situation for online platforms. The top execs there know in their guts, as well as in their brains, that large swathes of their commercial models are on the line. Some have even gone so far as to say that they’re in the process of upending key parts of their ads businesses in response. Twitter told investors last month that it is developing new products to help it better measure users on Apple devices in the future, for example.

There’s a lot riding on those changes, especially as there’s a chance that ATT may be dragging down the performance of advertising on those platforms. Recent data reveals how much money could be at stake for these platforms if they can’t make the necessary adjustments fast enough.

Facebook, Twitter, YouTube and Snaplost 12% of revenue in the third and fourth quarters, or $9.9 billion, according to data tracked by ad tech vendor Lotame first cited by the Financial Times. Snap bore the brunt of those losses as a percentage due to its prevalence on smartphones, while Facebook lost the most in absolute terms because of the size of its mobile business, the Financial Times reported.

That said, Facebook might actually be better off than most companies against ATT. Not only does the social network have a large install base of consumers and a notable chunk of commercial activity happening inside its walled gardens to mitigate the blowback from ATT, advertisers still seem to be buying as many ads as they can from the social network over the festive period. Yes, they’re doing so with less data, but that’s not necessarily as big an issue as it might be in a few months’ time. Many of those advertisers would’ve built audience proxies over the years that they can then use to reach their audiences sans IDFAs.

“Our clients were quick to grasp that this is an issue with tracking and that rising costs per conversion are not indicative of poorer campaign performance,” said Bruce Tissington, paid Social lead at media agency Space & Time. Paid social is the channel most impacted by ATT, and in October we saw higher investment levels than we have for six months.

In other words, these marketers see ATT as no more than a technical change whereby people are still looking at the same content they’ve always done on their Apple devices, they just can’t be tracked by marketers anymore. Regardless, those marketers have seen enough over years of working with Facebook to believe that those ads work even if they can’t really say by how well without IDFAs.

”Despite the data loss in-platform, real-world sales and revenue data is proving to be higher and in line with business goals, making it more important for advertisers to measure beyond platform data,” said Greg Slama, evp of media at Aisle Rocket.

This is especially challenging for app advertisers where temporary shifts must be made to test and learn on Android and to duplicate strategies for iOS users. Indeed, Apple’s mobile market share won’t be diminishing any time soon so avoiding those users is not a strategy that will help them find their way through Apple’s crackdown on tracking.

“We are seeing advertising investments increase in Q4, with no signs of slowing down in 2022,” said Slama. “With some uncertainty ahead combined with accelerated growth goals, we are advising clients to diversify by testing new channels while maximizing proven revenue drivers first to keep the efficiency equation intact.”