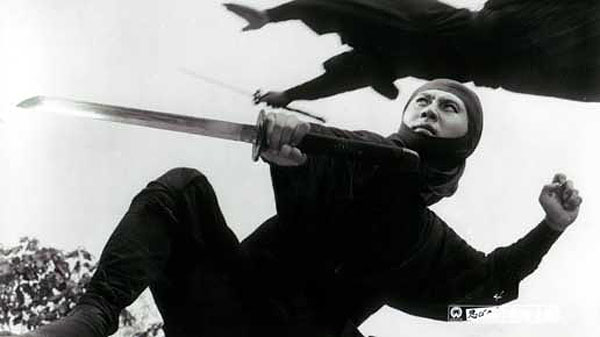 Protip: If something seems too good to be true (like, say, a ninja-themed sake bar), then chances are it probably is.

A totally ridiculous side project stunt from Kentucky agency Cornett touched a major nerve with people this month, including a handful of reporters, all of whom wanted to believe it was real. Because who wouldn’t want a place where they could hang out with ninjas, throw stars and drink sake?

That was the idea behind Whit Hiler’s funny fake new business venture Ninjas, an indoor star throwing range/sake bar. Hiler, a creative at Cornett, just got the idea out of nowhere and thew it out in casual conversation with his friends and colleagues, and everyone was “laughing their asses off about it,” said Hiler. So he took the joke and ran with it.

“The great thing about the Internet is that you can take those crazy ideas and bring them to life in ways that are so simple — so I thought why don’t we just make a real website and make it like Ninjas is a real business that’s coming to Lexington,” explained Hiler.

Hiler, with the help of some of his Cornett colleagues, created the Ninjas website just before Christmas, and they didn’t leave any details out. As Hiler explained in a blogpost about the stunt, the site is “packed full of ninja goodness,” including ninja warriors images and Japanese curse words, along with Wu Tang Clan lyrics and a YouTube video of an epic throwing star death. The site also includes information about franchise opportunities so you can get “ninja rich,” throwing star lessons from expert ninjas, a real Lexington street address for the business and a Gmail address for the made-up founder Satou Watanabe.

Naturally, the Internet immediately caught wind of the new venue and starting sharing the site and talking about it on social media. It didn’t take long for the press to pick up on the buzz, and in some cases take the bait.

“Three different newscasters hit up the fake email, but we never got it together to get ninja costumes and do a live interview,” lamented Hiler.

But Hiler, using the alias Timothy San Bernadino and under the pretense that Satou was away on holiday in Japan, did an interview with a Yahoo local news reporter who went on to publish a serious piece about Lexington’s soon-to-be-open Ninja sake bar. (Hiler felt bad about lying to the reporter, for the record.)

Yahoo wasn’t the only one to fall for the stunt. Gizmodo, i09 and the Laughing Squid also picked up on the story, although Gizmodo cast more of a gimlet eye at the thing. And it’s clear from the number of shares, views and comments that people were really digging the whole idea: the Gizmodo piece has more than 14,630 views, i09 more than 6,000 and the Laughing Squid piece was tweeted more than 4,240 times and shared on Facebook over 600 times.

This is not the first side project stunt of Hiler’s, either. He was also behind the widely-circulated agency “Human Centipede” infographic, and a Kentucky-scented candle line, which included scents like fried chicken and bourbon.

In the case of the ninja bar, the stunt could still become a reality. Hiler told Digiday he has asked a friend of his about insurance for a place like this, and while it would be difficult to obtain, Hiler doesn’t necessarily see the issue of going forward with making it a real business.

“Bars have dartboards, so I don’t see too much difference,” said Hiler.