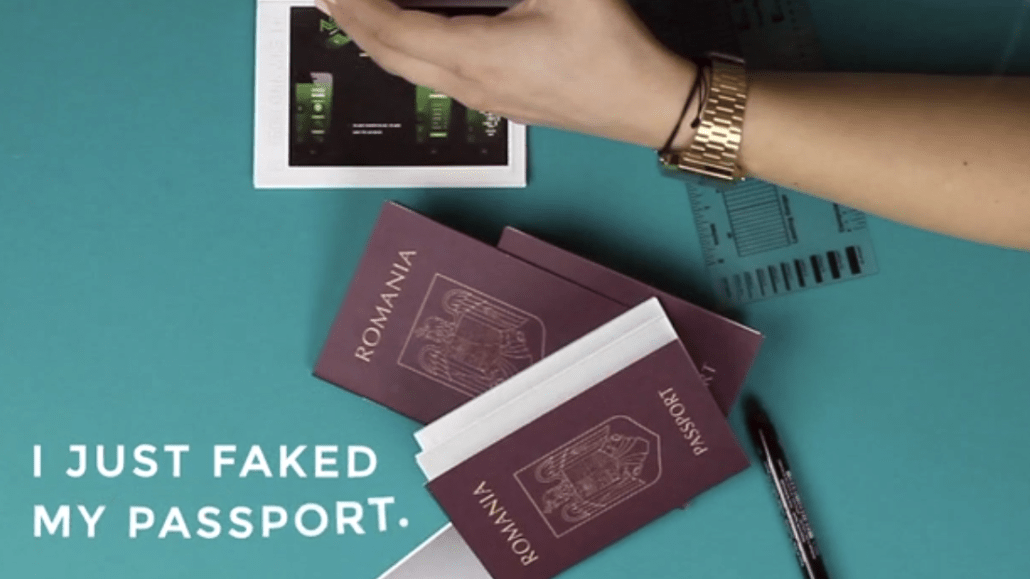 You can’t just send over a regular, old resume and portfolio if you want to get hired at an agency.

Macri, who is 23 and hails from Romania — or “the country known for vampires, great gymnasts and cruel dictators,” as she put it — created what she is calling a “Passfolio.” It’s a fake passport that, instead of having usual passport information and visas, contains her resume and portfolio. Macri “lost” copies of her passfolio at 10 different New York ad agencies. The idea is that when someone sees a lost passport, they immediately want to figure out who it belongs to and get it back to them.

“One recruiter emailed me with the subject line ‘USCIS’ — it was fun to see someone playing along with my lost-and-found game — and she told me how some of the IT guys found it and were trying to figure out who lost it,” said Macri.

An agency resume is your first chance to really show off your creativity and skills, which is why more and more aspiring ad creatives are pulling all kinds of resume stunts in order to get noticed by their dream agencies — like the guy who, knowing that big name ad creatives tend to Google themselves, bought up ads of himself against those search terms, or the fake Amazon product listing resume.

Macri said she wasn’t sure really where the playful idea came from, but that it suddenly popped into her head while she was on the phone with her dad talking about the craziness that is apartment hunting in New York. Her dad seemed to like the idea, and so she went for it.

As Macri explained to Digiday, she was able to get her passfolio into different agencies through the help of friends and friends of friends who work at these agencies.

Check out her Passfolio video below: