Now you can customize a car in a tweet 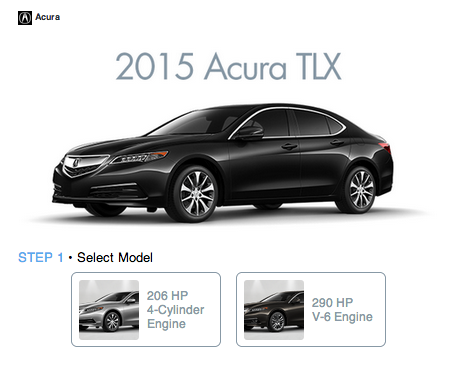 This may actually be a first: Acura is trumpeting the launch of the 2015 TLX performance luxury sedan by letting you create a customized car, within Twitter.

Here’s something you haven’t seen before. Configure your dream 2015 Acura TLX below without ever leaving Twitter. https://t.co/mvfblJ0ZiA

Then, select a Drivetrain — what kind of steer you want. 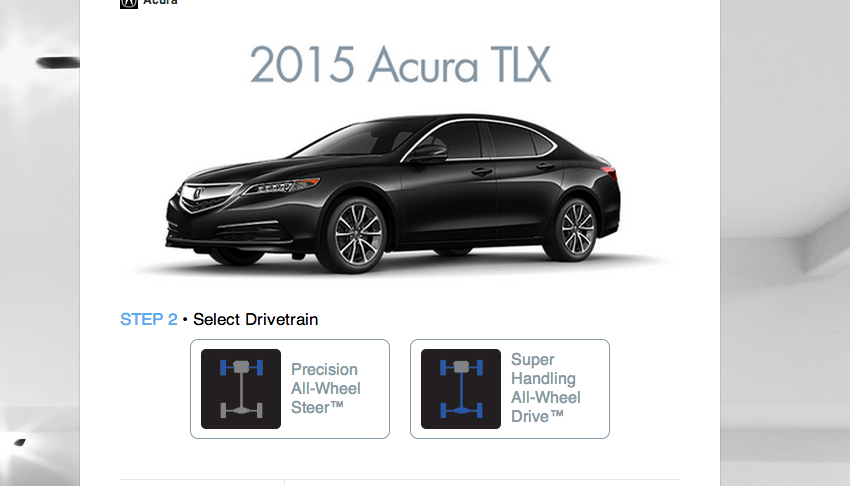 Lastly, you can pick an exterior color. 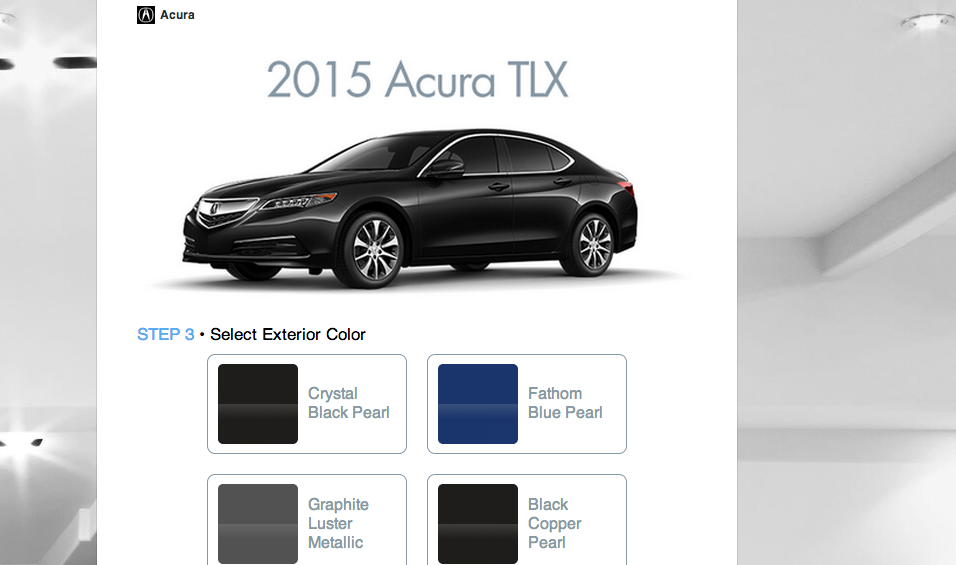 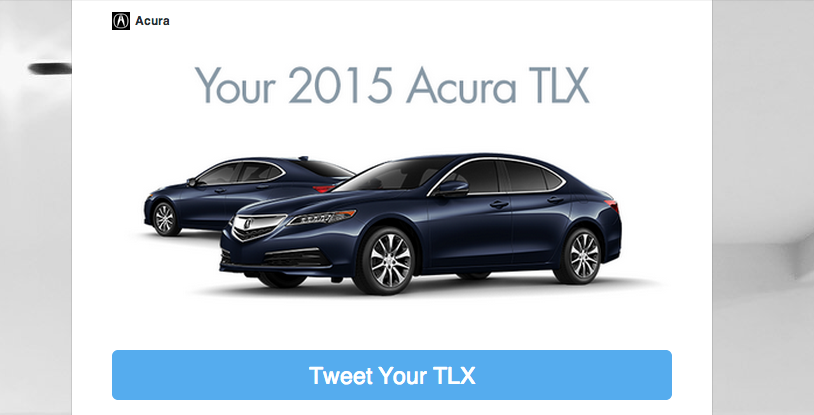 The tweet uses the revamped version of the new Twitter cards, which now let you add photos, videos or other media in the card itself.

The campaign, developed by Mullen, is part of the biggest marketing campaign in the brand’s history, and uses both promoted tweets and promoted accounts. A video road block on Facebook will also run TLX videos, which the brand says will reach nearly 100 percent of Facebook users, starting early September. There are also TV spots that will started running mid-August.

In a statement, Michael Accavitti, svp, general manager for Acura said, “The TLX heralds a new era for the Acura sedan lineup and the scale of the marketing effort behind the launch signifies the importance of the model both to the brand and its position within the luxury sedan market.”