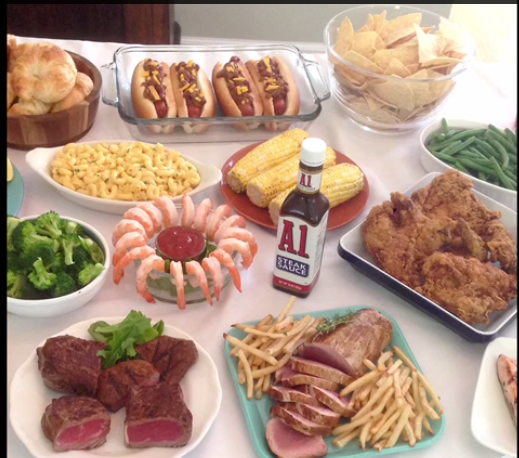 Facebook break-ups are fraught with tension, confusion and, for some, the enticing prospect of meeting new people. In the case of A.1. Original Sauce, which has rebranded from “Steak Sauce” after years of steak monogamy, the age-old tale of love lost plays out honestly in a new YouTube clip designed for a generation for whom “In a relationship with…” is an understood maxim.

The clip, posted below, comes from CP+B and will almost certainly make you chuckle. But it may also make you wonder what A.1. would taste like on quinoa or even shrimp. Sure, you can imagine how it tastes on a burger but have you thought about dousing your lobster with the stuff? That one may be a stretch since everyone knows lobster and butter are a match made in heaven. But it might arouse your taste buds to consider the thought. Don’t repress it, let it in, it’s OK.

CP+B found a way to tell that story without having to anthropomorphize a hunk of meat or a single bottle of sauce. Instead, they used a simpler approach that plays on something 1.2 billion humans can relate to. According to A.1. brand manager Cindy Halvorsen, the product was originally used on all manner of foods and marketed as a “saucy sauce different from any other, appreciated on Welsh rarebits, broiled lobster and English mutton chops.”

But wait, you might be thinking, this is America’s steak sauce! Not so, per Halvorsen, who tells Digiday A.1. was invented in the 1820s by the chef of King George IV. In 1862, the sauce was commercialized and sold to the masses with the aforementioned saucy sauce description.

So nearly 200 years later, A.1.’s branding has been updated for the Facebook generation, a tweak that was driven by data showing 35 percent of A.1. purchasers use it on foods other than steak.

“Eating habits have undergone a big transformation and A.1. is changing with them,” wrote Halverson in an email. “Our fans are saucing a variety of foods besides steak, so we wanted the brand name and campaign to reflect our wide-ranging appeal.”

“As of today, A.1. has officially ended its exclusive relationship with steak and is branching out to new foods.”

Fair enough. Watch the break-up play out, below.