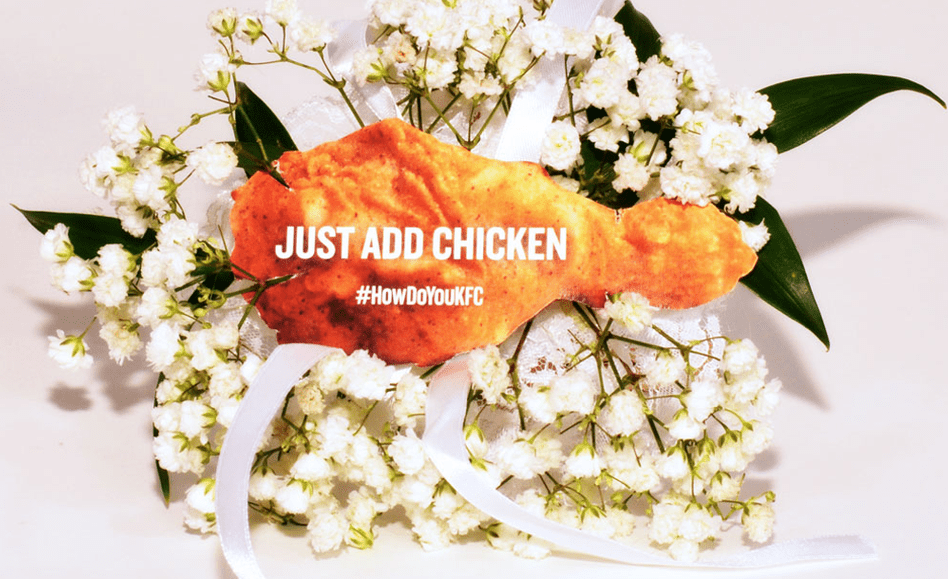 With Taco Bell and McDonald’s getting a load of buzz from their “Breakfast Wars” marketing battle, it comes as little surprise that KFC would try to get some attention for itself with its own marketing stunt.

It is, in fact, a real product — sort of — that people can purchase for $20. The purchase link from KFC directs people to purchase from Nanz & Kraft Florists. As the product description copy reads, “Looking for a corsage that will make your date’s eyes light up and her mouth water? This KFC drumstick corsage is the Secret Recipe to making sure this year’s dance will be one you both remember.” However, if you read the fine print, the chicken drumstick is not actually included in the corsage. Instead, you get a $5 KFC gift check.

The accompanying campaign video — which features an awkward, shy teenage dude presenting the KFC chicken corsage to his prom date, who swoons at the smell of her fried corsage — has gotten more than 388,960 views on YouTube so far.

Along with media buzz about KFC’s special corsage, the brand enjoyed some social buzz from the marketing stunt. Since the chicken corsage campaign launched last week, the hashtag #kfc has gotten 8.32 million impressions, and on April 14, mentions of the KFC chicken corsage spike to 2,639, according to data from Brandwatch.

This isn’t the first time KFC has resorted to stunt marketing to get attention. In fact, the brand has quite of history of coming up with kooky publicity gimmicks. From a gigantic logo in Area 51 to sneaking Colonel Sanders into the United Nations, here’s a look back at some of KFC’s buzzed-about marketing stunts over the years:

KFC logo visible from space
In 2006, to promote its new logo, KFC decided to make its marketing as visible as possible — and what’s more visible than something that can be seen from outer space? The logo was made up of 65,000 1-foot square tiles and was placed in the Mojave Desert near Rachel, Nev. — not far from Area 51, the fabled remote detachment of Edwards Air Force Base.

KFC “re-freshes” potholes
In an effort to push its brand messaging about its “dedication to freshness” — because apparently in 2009, not everyone knew that KFC restaurants get shipments of fresh chicken throughout the week — KFC sent a Colonel doppelgänger to help repair potholes in the streets of Louisville, Ky., and other U.S. cities. In exchange for financing the pothole repairs, KFC chalked its logo over the newly repaired pavement. It’s a bit of a stretch to connect fresh chicken with filling potholes, but at least KFC was helping a good cause.

Colonel Sanders sneaks into UN
Ignoring security protocol, KFC sent a Colonel Sanders lookalike dressed in the brand mascot’s trademark white suit to sneak in to the United Nations in New York City in 2009 as part of a campaign to “lobby” for a “Grilled Nation.” The phony Colonel managed to get his picture snapped with the then-president of the UN, Ali Treki. KFC made headlines for breaching security as part of the publicity stunt to push its new grilled chicken menu items. 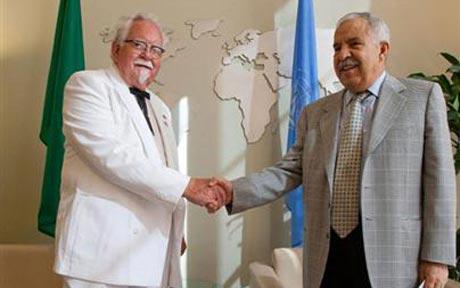 “Sandwich Amnesty” program
In a cheeky move against its fast food competitors, KFC ran a one-day promotion at all of its locations on July 20, 2010 offering the first 10 people to come in fully dressed in a uniform from a competing fast food chain a free Doublicious sandwich. The big kicker was the offer of “sandwich amnesty”: KFC offered job applications to anyone who got fired for participating in the promotion. 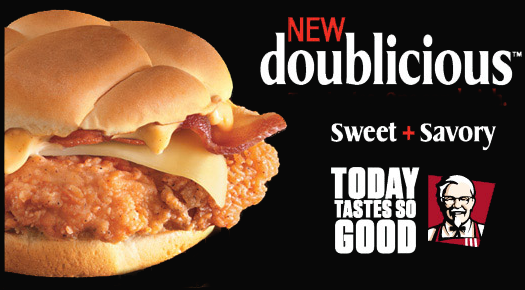