15 seconds or less: the creative constraint of short video ads 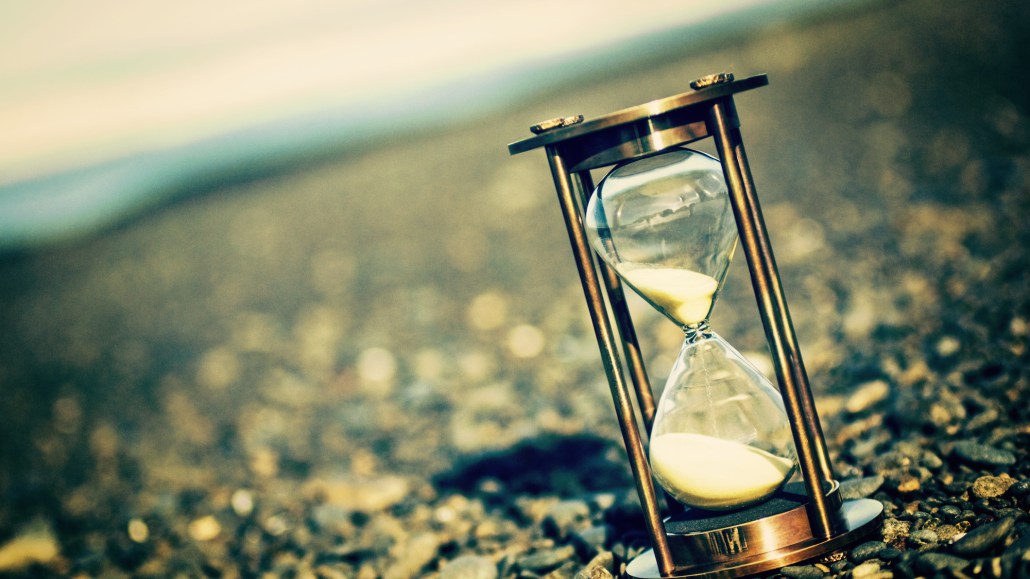 Creating a compelling commercial was never an easy task. But the continued shortening of message formats and increased user control over ad-viewing has agencies facing new creative challenges: how to lure consumers into watching a commercial they can easily skip, and then tell them an interesting brand story in 15 seconds or less.

“Agencies looking at video creative — whether it’s Vine or Instagram or Facebook — are coming across challenges they haven’t seen before: They have to draw attention but also set context in a very short time frame,” Jonathan Symonds, executive vice president of marketing at ad research firm Ace Metrix said.

Ace Metrix is the firm Facebook tasked with making sure the video ads it runs in users’ news feeds meet the social network’s quality requirements. It’s a daunting task considering how sensitive social media users are to ads infiltrating their feeds (see: Instagram), and only exacerbated by the fact that the 15-second ads start playing automatically, albeit without sound. Sound starts playing only if a user taps on the ad.

While those time and audio constraints are meant to protect the user experience, they also force agency creatives to rethink how to create a commercial.

The problem is not unique to Facebook, either. Other social platforms angling for video ad dollars have similar or even tighter time limits. Instagram has started rolling out video ads, and it too has a 15-second limit on video. (Some have even questioned whether 15 seconds is too long for a video-sharing service.) Twitter’s Amplify product, which promotes short video clips in users’ streams, serves pre-roll ads that are six seconds long, give or take. And brands creating videos on Vine are subject to the platform’s six-second rule.

Even publishers are looking for shorter video ads: When The New York Times debuted minute-long video series Time Minute in November, it ran eight-second pre-roll ads against the videos. Times general manager of video Rebecca Howard said then that there was an industry-wide need for more short-form video creative.

Symonds said early research suggests Facebook ads need to be especially interesting from the second they start in order to be effective. Leading an ad with its most interesting part may entice more users to actually watch it, but it doesn’t lend itself well to the arc of a typical commercial narrative.

“I’d be lying if I said every creative director is excited about learning about these platforms,” Mike Margolin, RPA’s director of media strategy, told Digiday. The future industry leaders are grappling with them, however, he added.

Making ads more instantly engaging was top of mind for RPA when it created a digital-only video campaign for Farmers Insurance. Rather than use Professor Burke, the company’s typical pitchman, RPA took a more irreverent tone, using animal puppets and stop-motion animation in one 15-second spot.

BBDO Atlanta is taking a focus on short-form video a step further: It brought on former Best Buy CMO Drew Panayiotou as CEO in order to help reconfigure the entire agency so it can produce enough short-form video to meet demand. TV creatives will now work alongside mobile-minded ones when conceiving video campaigns, and the agency will produce more of these short-form ads itself, instead of relying on production teams.

“The moment of truth for a creative unit is the first five seconds,” Panayiotou said. “In a previous lifetime, it was the last 10 seconds.”

BBDO has already shown the ability to adapt to these shortened time frames; it was the agency behind the widely applauded Lowe’s “Fix in Six” campaign, a series of home improvement videos posted to Vine last year.

“Fix in Six” was useful and creative, but it didn’t necessarily tell a story. For Rob Feakins, creative lead at Publicis Kaplan Thaler, digital video creation is becoming less about story and more about short, clever bursts.“I don’t get excited about six-second commercials, but sometimes it makes you think sharper,” Feakins said.

Tony Malcolm, executive creative director at DDB Chicago, likened these creative challenges to writing a haiku. The industry, he said, has not found its poetic voice, yet, though. Malcolm’s agency created the 10-second McDonald’s pre-roll ads that preceded NFL clips promoted on Twitter this past fall.

The ad was composed of clips taken from a TV spot and merely communicated an offer instead of telling a story.

“I don’t think it’s something where we’re telling a story as well as we could,” said Malcolm of the 10-second ad format. “It’s an ongoing thing, and it will become an art form.”