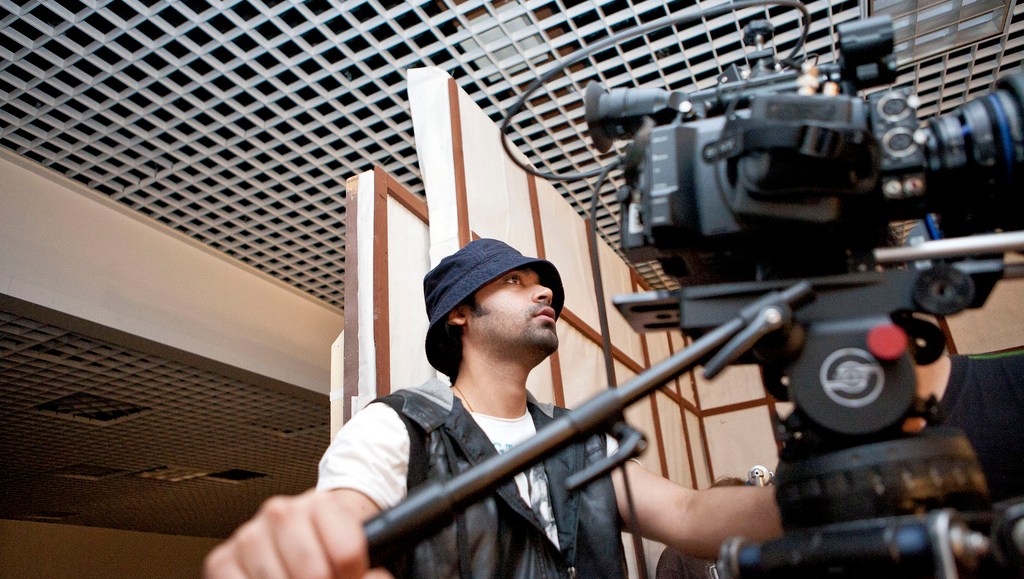 Filmmakers of tiny, short fare, get ready for your closeups. For the last few weeks, Heineken had asked its 34,000 Twitter fans to send 140-character movie pitches to the brand. Now, it will produce one lucky tweet into a 15-second film, to be aired at the Tribeca Film Festival in April.

“All of our Heineken campaigns start with the idea of going beyond what you’re capable of,” said Andrea Folkerts, a jr. brand manager for sponsorships and events at Heineken. “We want to push consumers outside of their comfort zone.”

The pitches ranged anywhere from personal to post-apocalyptic:

Guy gets friendzoned in different parts of his life: high school, college, the real world. Does one actually love him? #15secondpremiere

Man and wife. Man has obsession with banana. Banana ruins their marriage and kills the wife. Man and banana get married. #15secondpremiere

Heineken will pick a winner from the tweets based on how creative they are, how many retweets it got, its entertainment value, and whether the concept is feasible to fit into a 15-second feature. Once selected, Heineken and the person of the chosen pitch will produce a 15-second short in time for a screening at the Tribeca Film Festival on April 24th. Yup, that means pre-production, casting, location scouting, filming, and post production to shoot 140-characters worth of material.

“We’re taking the director from the keyboard to the limelight at Tribeca,” said Folkerts. “We’re encouraging them to open their world.”

In total, the campaign received more than 1,800 tweets to the #15secondpremiere hashtag according to social analytics site, Topsy, and more than 850 submissions according to Folkerts.