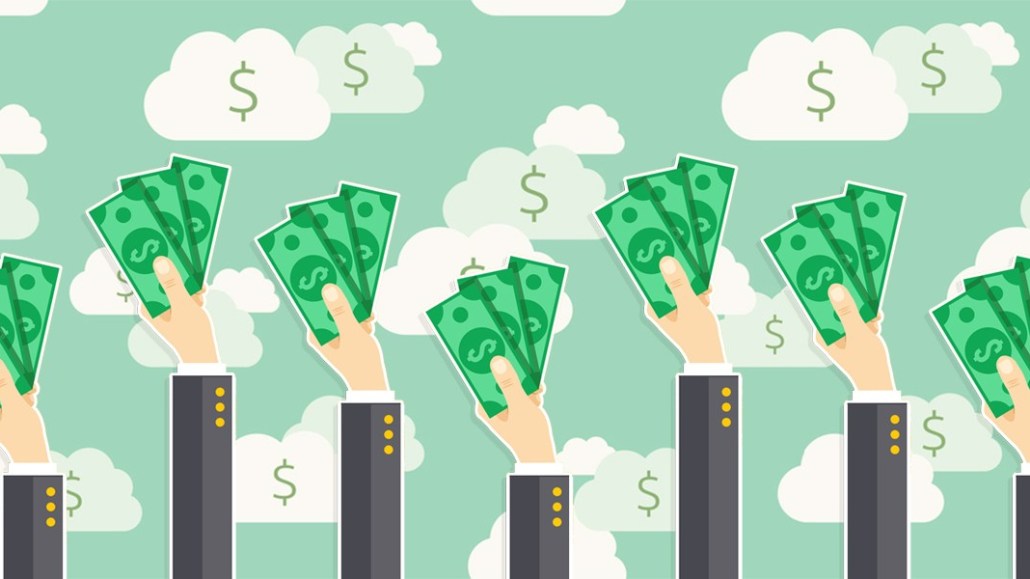 Publishers still need a ton of scale on Facebook to earn decent-sized checks from pre-roll and mid-roll ads. But with YouTube and Snapchat also able to deliver consistent ad revenue, publishers are also getting wiser about how they distribute — and redistribute — their social videos.

Facebook video is still a scale game for publishers trying to earn ad revenue from the platform’s pre-roll and mid-roll ad units. One publisher, which regularly does more than 2 billion to 3 billion three-second video views on Facebook per month, said it can generate anywhere from $80,000 to $140,000 for every 30 million 60-second video views on Facebook. (The earliest an ad break can show up on a Facebook video is at the 60-second mark, which means this publisher is only counting the views that actually get to an ad break.) A second publishing source, which also generates more than a billion three-second monthly video views on Facebook, provided a similar ratio in terms of how many views are required to get to a six-figure revenue total from Facebook’s ad breaks.

Admittedly, it gets very annoying to have to talk about three-second views and 60-second views — and the above figures do not factor in the 45% cut Facebook typically takes from all ad revenue generated by its video ad products — but the larger point still stands: Scale is paramount if video maker wants a meaningful check from Facebook every month.

This can be frustrating for video makers looking to build sustainable businesses, but it’s not as frustrating as it used to be. Facebook is no longer the central part of their video strategy but a piece of a broader social distribution plan that includes YouTube, Snapchat and Twitter — all platforms that offer pre-roll and/or mid-roll ad units.

Take, for instance, BuzzFeed: the publisher plans to make 20 video series for social platforms this year, and plans to distribute many of them across multiple platforms. Its food franchise, “Worth It,” currently airs full episodes on YouTube and Facebook. The publisher has also created a Snapchat version of the show, which premiered earlier this week and generated 6 million video views in its first 24 hours, according to a BuzzFeed spokesperson. Those are three platforms that can deliver ad revenue on the same episode from the same show.

There are other examples. Earlier this year, we wrote about how Insider has been able to take from its vast archive of short Facebook news feed videos and find new life — and revenue — by recutting them for Snapchat.

Now, YouTube remains the better revenue play on a per-view basis when compared to Facebook and other platforms. The aforementioned second publishing source said they make more money on YouTube today than Facebook, even though their Facebook public view counts are far higher. Last year, a publishing source told Digiday that he projected to receive $264 for every million video views on Facebook and $2,200 for every million video views on YouTube. Without providing a specific dollar update, the same source said he would be unsurprised if the ratio hasn’t changed.

But maybe the more important thing, at least in the near term, is the fact that the ad products from non-YouTube platforms are becoming more reliable — and publishers are getting smarter about how they take advantage of what’s available to them.

“Disney has a film studio, cruise lines, cable networks, theme parks; Warner Bros. is owned by a phone company; Universal is owned by a cable company. It’s a scale business and the success rate for a mini-major studio is not too good these days.” — Executive at a ‘mini-major’ studio

“Game of Thrones” is over. HBO isn’t.
It’s become pretty popular to worry about what happens to HBO now that its biggest moneymaker, “Game of Thrones,” has come to a deflating end. Will people unsubscribe to HBO en masse? Hell, in the era of on-demand streaming, can anyone create a hit TV show that captures the conversation in the way that “Game of Thrones” has for the past decade? The answer to those questions is no and yes.

When “The Sopranos” ended, people had the same question about whether HBO would be able to replicate that success? And considering the programming HBO has rolled out since — and then scores of Emmys the network has won along the way — HBO has been just fine. Yes, it’s fair to say that HBO now exists in a new era where it’s far easier to cancel an HBO Now subscription than having to call the cable company to take HBO off your monthly bundle. But if you look at HBO’s upcoming programming lineup — which includes a new “Watchmen” adaptation from a co-creator of “Lost,” another fantasy adaptation in “His Dark Materials” and returning shows such as “Westworld” — the network is on better footing than some give it credit for. Now, will all of those shows be on the same level as “Game of Thrones”? No. But remember, no one expected “Game of Thrones” to be the cultural hit that it came to be.

As for the broader conversation of whether there will ever be another TV show like “Game of Thrones”: Yes, there will be, because that’s what the TV business has been built to do. There is no guarantee when or in what form such a hit show will arrive — and it could very well be on Netflix or another streaming service — but there are always going to be hits that capture attention and build cottage industries around it.

Numbers don’t lie
$10,000 per minute: Quibi’s rough budget for a “daily essential” program, for which the company has ramped up its hunt.

150 million: Number of people Xandr’s Community marketplace says it can creach each month across its inventory sources.

What we’re reading
Netflix teams up with Coca-Cola for some marketing, integrations: The new season of “Stranger Things” will feature New Coke, which has led to a marketing partnership between the streaming giant and the beverage maker. Coca-Cola isn’t paying Netflix for the integration — the idea was cooked up by the show’s creators — but the two companies are partnering to release New Coke once again for a limited time and market “Stranger Things” on the packaging. Netflix is not going to introduce standard advertising anytime soon, but there are other ways to get your brand integrated inside the ad-free platform.

TV’s goalposts have moved: Here is a great chart from Axios that reflects how viewing behavior has shifted. The series finale of “Friends,” which aired in 2004, was watched by 53 million viewers; the series finale of “The Big Bang Theory,” which wrapped last week, was watched by 18 million viewers. (I stuck to two broadcast comedy shows rather than making the “Friends”/”Game of Thrones” comparison, which would come with more caveats. Though, it’s important to note that the total audience for the final season of “Game of Thrones” is 44.2 million viewers, according to BuzzFeed News, which means that TV can still pull huge audiences, but not always in the same, one-hour window.)

CBS made an offer to buy Starz (sub required): CBS is interested in owning Starz and even made an informal $5 billion offer to buy the premium cable network. The broadcaster, which already owns Starz rival Showtime, is showing interest at a time of media consolidation. Soon, CBS and Viacom, which are both controlled by Shari Redstone, might join forces. Adding Starz to the portfolio, which would bring additional international distribution and another streaming service into the CBS fold, could help CBS better compete with super-sized Disney, WarnerMedia and the tech giants.

Sony executives see upside in new streaming era: At a time when media companies and studios are consolidating and becoming more vertically integrated, Sony’s top executives are insisting that Sony Pictures Entertainment can survive as a studio. All of these new streaming services will need content, after all. Trouble is, it’s unlikely that Disney, WarnerMedia and will be buying at the same volume as Netflix; and each of those companies have rival studios that they can use to supply content for their own streaming services. It doesn’t mean Sony Pictures can’t make it work, but the path forward is incredibly more challenging for any “independent” studio today.