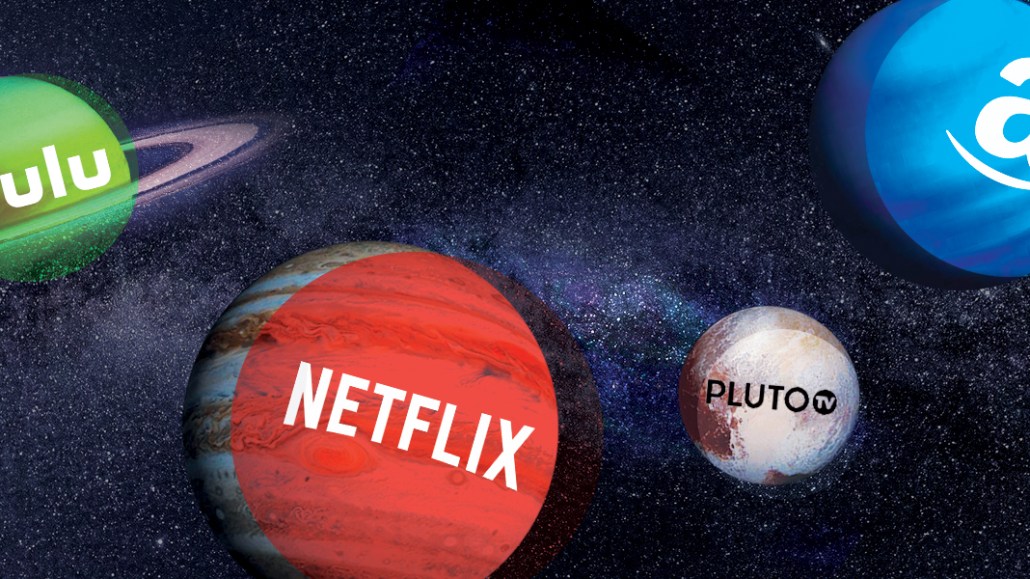 But there is another, messier battle still looming in streaming video: the battle for the $70 billion that still goes toward TV advertising.

According to Magna Global, OTT accounts for 29% of TV viewing but so far has only captured 3% of TV ad budgets. And as consumers increasingly flock to internet-connected TV devices, a wide range of players — from tech giants, to device sellers to TV networks and more — are building services to capture a share of the ad dollars that will inevitably flow into the OTT ecosystem.

But while, the potential of the OTT ad market is enormous, success for most video programmers is anything but guaranteed.

OTT advertising is on the rise
With more video consumption headed toward internet-connected TV screens, advertisers are naturally following.

OTT-based advertising hit $2.7 billion in revenue in 2018, which represents a year-over-year growth of 54%, according to estimates from Magna Global. That’s actually higher than Magna’s original estimates, which projected OTT ad revenues to hit $2.2 billion in 2018. Magna’s revised forecasts include growth of 39% in 2019 to $3.8 billion and 31% in 2020 to reach $5 billion.

“We know that a growing percentage of ad impressions are being generated by people consuming through connected TVs,” said Vincent Letang, evp of global market intelligence for Magna Global. “We can see it in two ways: from the actual ad sales of OTT specialists such as Roku, as well as through the growth of ad formats that are only visible in OTT environments such as connected TVs.”

An executive at one U.S. cable network said that the network expects its OTT ad revenues to surpass digital subscription revenues this year.

“You know the landscape is going to change as soon as these massive [subscription streaming services] come out to challenge Netflix,” said the cable exec, referring to upcoming streaming services from Disney and WarnerMedia. “But SVOD is still a huge question mark for us. We are putting together our budget forecast for the next five years on what SVOD growth might be, and we’re being very conservative on what that growth looks like after next year. With AVOD, though, it feels like there’s a much cleaner path of growth.”

The market is being flooded
While Hulu and Roku command a huge percentage of ad dollars currently going into OTT, newer entrants have been emerging.

YouTube, for instance, has been telling marketers how people are spending more than 200 million hours per day watching YouTube on TV sets. The TV screen has become central part of YouTube’s ad pitch heading into upfront season, which includes separating out YouTube TV inventory for advertisers for the first time. Amazon has also been ramping up its efforts to collect more TV ad dollars, including hiring dedicated people to sell its video inventory, bidding for live sports rights and building free, ad-supported video streaming apps for entertainment and news.

Various TV programmers are also investing in ad-supported OTT. CBS has a network of streaming apps which include three free video streaming services for news, sports and entertainment news, as well as an ad-supported tier for its CBS All-Access subscription service. These services combine to generate “hundreds of millions” in annual ad revenue for CBS, according to a previous Digiday story. Viacom, meanwhile, spent $340 million earlier this year to buy Pluto TV, a free video streaming service that offers more than 100 linear-programmed channels. Viacom has been pitching Pluto TV to cable and satellite distributors as an add-on for broadband-only subscribers — a “key” part of Viacom’s distribution strategy, according to Viacom CEO Bob Bakish in an interview with CNBC after the Pluto TV acquisition.

Other key ad-supported video streaming services include Xumo and Tubi TV, as well as branded services from TV manufacturers such as Samsung and Vizio. And this doesn’t even include the virtual live TV services from Hulu, YouTube, DirecTV and Sling TV.

“Four years ago, [the TV industry] had the option of going slow; they don’t have that option now,” said Scott Rosenberg, svp and gm of Roku’s platform business. “They have to follow consumers — and those consumers are showing up on OTT.”

Platforms could exercise greater control
In digital advertising, publishers fight for scraps under the shadow of Google and Facebook. There is a fear among some video programmers and competitive video services of a similar scenario arising on connected TVs, with Roku and Amazon capturing a greater and greater share of OTT ad dollars.

Roku and Amazon have certainly been investing in developing new products focused on collecting more ad revenue. In 2017, Roku launched The Roku Channel, which offers more than 10,000 movies and TV episodes, and has become one of the top-five apps on the Roku platform, according to Roku. Amazon, meanwhile, has launched Freedive, its own ad-supported service for licensed movies and TV shows, and is currently developing a news video app for Fire TV.

In deals with TV networks and other publishers that distribute their apps on Roku and Amazon, both platforms take 30% of the ad inventory available on those apps. (Hulu, which is the biggest OTT ad giant in the U.S., sits in a unique position. The service’s size — 25 million subscribers and 55 million ad-supported viewers per month — means Hulu has the leverage to prevent platforms to sell ads in its app.)

With ambitions to grow huge ad businesses, it’s reasonable to believe that Roku and Amazon would prioritize their own competing, ad-supported services. And as the two largest connected TV device owners in the U.S. — Amazon said it has more than 30 million monthly active users; Roku said it has more than 27 million monthly users — these platforms can get their services in front of a lot of people.

“We are still in the early stages of this transition to OTT,” said Rosenberg. “We make money when channel partners make money, and we make money from The Roku Channel.”

“Job one in this ecosystem is to win marketers over to OTT and that’s where our focus is,” Rosenberg added. “Ad spend needs to catch up with consumption — that’s the real opportunity for us all in this ecosystem.”

TV networks and other video publishers that are able to aggregate scale across Amazon, Roku and other platforms can still attract a growing percentage of OTT ad dollars, said Nick Pappas, CEO of ad agency SwellShark.

“That’s why Hulu is positioned so well,” said Pappas. “It doesn’t matter if someone is watching Hulu on Apple, Roku or Amazon, because Hulu has aggregated scale and can sell cross-device, which Amazon and Roku aren’t doing as much of yet.”

What’s more, Amazon and Roku video inventory isn’t available on open ad exchanges, Pappas said. “What’s more attractive to me is a universal way to reach audiences anywhere they choose to consumer content, rather than one specific platform or another,” Pappas said. “Anyone who can aggregate video scale across multiple platforms has great upside.”