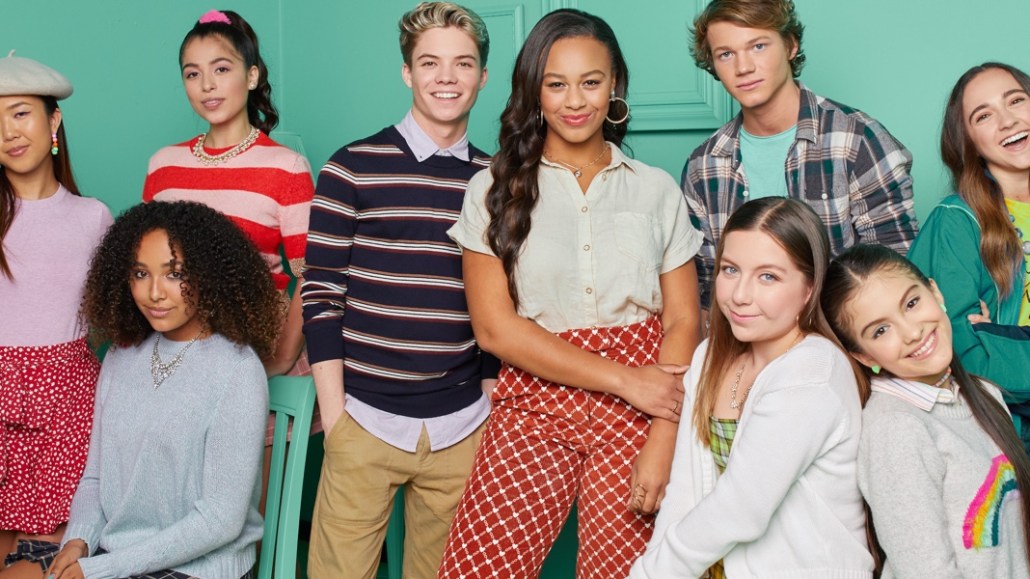 After relying on YouTube to sell ads — and taking a 45% cut — Brat TV hired its own sales team this year and has seen its revenue increase from $3 million in 2018 to more than $10 million in 2019, according to cofounder Rob Fishman. A majority of that money came from ads sold by its sales team, he said. (The company also sells merchandise and has published a book tied to its hit show “Chicken Girls.”)

Brat TV is not profitable but projects its revenue will increase to $25 million next year as the company fills out its sales team with sellers who have experience selling traditional TV.

Brat TV’s revenue growth signals how much of impact gaining YouTube sales rights can have on a company’s business. The company creates scripted shows like “Chicken Girls” and “Sunnyside Up” that are aimed at teen audiences and cost around $3,500 per minute to produce.

“As we start to sell more and more ads, we’re increasing our production load and making more shows,” Fishman said. In 2019, Brat TV released two feature-length films and 18 seasons of shows, up from 12 seasons in 2018, he said, adding that the number will increase next year.

Brat TV received 23.7 million views on YouTube in November 2019, which is down from 31.8 million views in November 2018, according to data from Tubular Labs. The view counts appear to fluctuate based on the number of videos that Brat TV uploads each month, which varies as seasons of its shows begin and end. Over the past year, the company’s video volume peaked with 26 uploads in March when viewership also peaked at 43.6 million views, and the figure bottomed out at 13 uploads in November, which was also the month with the lowest number of views, per Tubular Labs.

Brat TV typically packages its YouTube inventory into broader deals that include sponsored posts featuring talent from its shows that can also run as the ads appearing alongside its videos. Advertisers that have done deals with the company include Mars Wrigley, Subway, Adidas, Universal Pictures and Disney. “Our average spend is north of half a million dollars,” said Brat TV cofounder Darren Lachtman.

YouTube has been somewhat tightfisted in enabling smaller, independent YouTube channels to sell their own ad inventory. While media companies such as Condé Nast and Viacom and larger digital video networks like Studio71 have been granted sales rights, smaller companies like Brat TV have historically needed to depend on YouTube to sell ads in exchange for a 55% cut of the revenue. YouTube has told these independent programmers that the bigger companies “have an ad infrastructure to give support to advertisers and with independent channels it’s harder to monitor brand safety,” said an exec at a channel without sales rights.

Initially smaller channels are fine with relying on YouTube to sell ads because they typically lack the sales teams to handle ad sales themselves. However, sales rights has been a growing point of friction between YouTube and independent channels. While the channels can strike their own deals to produce sponsored videos as Brat TV has done in the past, not being able to manage ad sales can make it hard for them to ensure that their videos generate enough revenue to cover production costs. “It’s really hard as an independent channel for monetization to make sense when you’re beholden to YouTube’s baseline sales numbers,” said the anonymous channel exec.

Advertisers also like when media companies can control their YouTube inventory. While buying ads through YouTube enables advertisers to more easily reach a lot of people across the platform, buying ads directly from a publisher affords advertisers more control over and insights into the videos carrying their ads, said an agency exec.

Brat TV aims to double the size of its sales team in the first half of 2020. “We’re really interested in TV sellers as that medium is obviously hurting but advertiser demand is not,” said Lachtman.

Brat TV’s current four-person sales team features people who hail from digital platforms like Twitter and Snapchat. That’s mainly because Fishman and Lachtman also hail from digital. They sold their influencer marketing firm Niche to Twitter in February 2015 before leaving to form Brat TV in March 2017.

Staffing its sales team with people who have experience pitching TV advertisers could help Brat TV to speak those advertisers’ language when trying to convince them to move their money. “If sellers have a TV background, they can discuss how Brat may offer incremental reach, pricing comparisons, et cetera. However, it’s not a must to have traditional TV background,” said an agency exec. Advertising opportunities like custom content programs, which Brat TV sells in addition to traditional ad placements and show sponsorships, are considered more digitally focused pitches, said the exec.