Big media is crashing the NewFronts 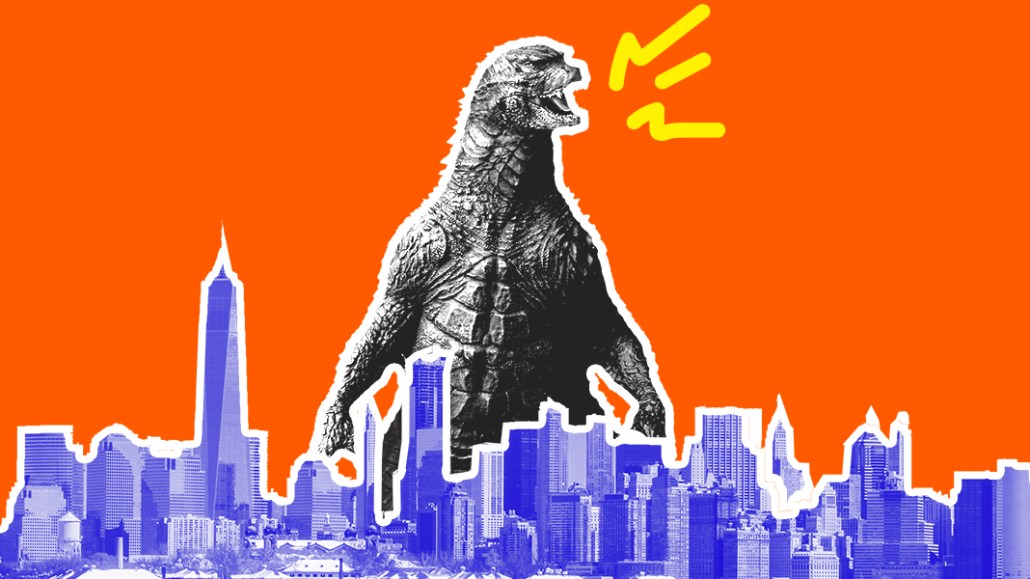 The Digital Content NewFronts were designed to create an upfront marketplace for digital video, where media companies could present upcoming programming to advertisers — just like the TV upfronts. But the NewFronts have become less about securing immediate upfront ad commitments — which is harder to do when digital can be transacted year-round — and more of a place for presenters to lay out their overall positioning to marketers.

In such an environment, it’s no surprise that big media companies such as ESPN and Viacom — both of which are making big investments in original digital video, and want marketers and other industry professionals to know about it — are presenting at this year’s event.

“There is going to be an aspect of our show where it’s going to be about the content, which, frankly, the IAB wants. The IAB has positioned the NewFronts to talk about compelling programming designed and built for digital, and we want to be respectful of that,” said Travis Howe, svp of platform ad sales strategy and global operations at ESPN. “But in the digital space, it’s difficult to talk only about content. We’re taking this opportunity to talk about our scale, size and the ways we can support advertisers in reaching sports fans.”

ESPN still plans to host its annual upfront presentation at the Minskoff Theatre in Manhattan on May 15. More than 1,800 guests are expected, while roughly 300 are expected at its NewFront at the Cedar Lake venue in New York City.

Howe said ESPN is treating both presentations as two parts of one big show. While ESPN plans to include digital programming and initiatives at its upfront presentation, the company thought that given its big investment in digital, it should have a separate event to showcase those activities, which include a new subscription streaming service, ESPN+, and original content deals with Facebook, Twitter and Snapchat.

As for their presentations, expect ESPN and Viacom to showcase original digital shows that extend existing TV franchises, as they do with “SportsCenter” and “MTV Cribs,” respectively, on Snapchat.

Viacom, meanwhile, is also using its first NewFront to market its digital investments — specifically, it’s the coming-out party for Viacom Digital Studios, a 300-person division responsible for digital video programming across the Viacom media portfolio. Kelly Day, a veteran of AwesomenessTV and Discovery, leads the division.

Day didn’t say what programming or partnerships Viacom Digital Studios would reveal during its presentation on April 30 at The Lighthouse at Chelsea Piers in New York City, pointing to existing partnerships such as Viacom’s show production deal with Snapchat as an example of what to expect.

“We have been building to this point, where we feel like there is a new story for us to tell [with Viacom Digital Studios],” said Day. “And this is the right time and right venue and the right way to pull everything together and deliver that message to our constituents.”

Unlike ESPN, Viacom is not hosting an upfront, but instead has been hosting private dinners with senior advertising and marketing execs plus Day and Viacom leaders including CEO Bob Bakish. Viacom Digital Studios has been brought up during these dinners, but similar to ESPN’s argument, there isn’t enough time during these settings to cover all of the messaging and announcements across the Viacom portfolio, Day said.

“In future years, we might take a different route, but this year, it’s such a big message and a new message that we couldn’t do it justice in just a dinner setting,” Day said.

ESPN, Disney and Viacom are not the first big media companies to host NewFronts presentations. In the past, NBCUniversal and Turner have hosted NewFronts events. Neither have returned for this year’s show.

A source at a big media company that has previously presented at the NewFronts said the company decided to beef up its upfront presentation this year instead of having separate digital and TV events. “Because a lot of our portfolio is brand-focused, it does not make sense for us to continue siloing new and emerging platforms,” this source said.

This source also said deal-making still begins after the upfronts end, which minimizes the need to host a lavish NewFronts party. In terms of ad dollars that could be attributed to the upfronts versus the NewFronts, it’s “like the NBA versus junior varsity,” this source said.

Others push back and argue that the NewFronts can be valuable, especially as big media companies continue to make investments in digital content and advertising.

To stay up to date on the evolving world of digital video and entertainment, subscribe to Digiday’s weekly video briefing email.