Non-Human Trafficking: Who’s to Blame For the Bots? 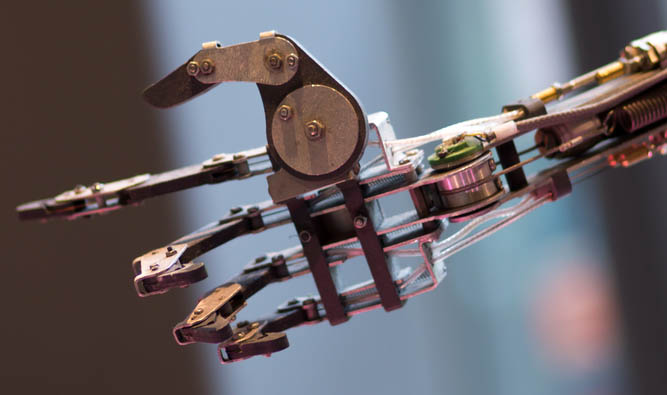 Nearly 10 percent of the traffic flowing through Google’s ad exchange gets blocked because the online ad giant has determined it’s junk, the work of bots and other non-human actors.

That number, while huge, shouldn’t be surprising. Google has been dealing with the problem of fraudulent traffic for years with search ads. But awareness has grown in the past year. The industry press has jumped on the issue, vendors are popping up promising to fix it, and major companies are beginning to admit that a portion of their traffic is, inevitably, bots.

But as with many things in the world of digital media, nobody’s sure whom to blame, and nobody’s eager to take responsibility. Clients blame their agencies. Agencies point to exchanges. Exchanges point to publishers. Publishers plead ignorance. That, or companies pay lip-service to the problem but do little to actually try to stop it.

Here’s an overview of each constituency and its position in the non-human traffic issue that’s got everyone talking.

Publishers
It’s now commonplace for publishers to purchase traffic from third parties, perhaps to help them meet ad impression volume commitments to clients or simply to inflate their audience figures. But buyers suggest the publishers’ desire for cheap traffic means they tend not to ask too many questions about where it’s actually coming from. They have little awareness of where and how third parties are acquiring traffic but, as long as it’s performing for their business, they have no real incentive to find out. “They might not intend to, but publishers are often purchasing bot traffic,” one exchange operator told Digiday. Others are less than convinced by publishers’ innocence. There’s a reason cheap traffic often sounds too good to be true, they say. “Calling bullshit,” commented Yieldbot founder Jonathan Mendez. “They know.”

Exchanges and networks
When talking about traffic quality issues, agencies often point to exchanges and networks as the worst offenders. Because they often deal with long-tail publishers and inventory, exchanges are more susceptible to shady publisher behavior, they say, or traffic from entities too unsophisticated to realize their traffic isn’t legitimate. Exchange operators such as Google and OpenX say they’re aggressively investing in teams and technologies to keep fraudulent traffic from their systems. They admit they’re responsible for the quality of the traffic flowing through their systems, but describe it as an “arms race” against nefarious actors. But exchanges and networks point the finger at publishers to a certain extent, too. After all, they’re the source of the dubious traffic. “It’s everyone’s responsibility,” said Google’s ad exchange chief, Scott Spencer. “Publishers need to take some responsibility for acquiring this traffic. Agencies have a responsibility here as well. They’re passing this traffic on to their clients, too.”

Agencies and DSPs
Agencies and demand-side platforms are often the last links in the chain connecting this fraudulent traffic to advertisers’ dollars. In many instances, they’re the gatekeepers to clients’ budgets, and they’re responsible for the selecting which partners they work with. As a result, agencies, trading desks or DSP partners are the first port of call for clients when their ads pop up in unexpected places or when they begin to question exactly how their money is being spent. Like it or not, agencies and their DSP partners need to take some sort of responsibility for the issue, too. When it comes to addressing it, they may well push the cost and trouble off on the sell side, but unhappy clients have a habit of taking their business elsewhere.

Clients
“Brands, at the end of the day, are the only ones really hurt by this,” one agency source said about fraudulent traffic, acknowledging that agencies themselves would rather ignore the problem. But even some staffers on the client side would rather not talk about the fact that a portion of the ads they buy are never seen by people, and they don’t really know which. That’s a difficult discussion for a digital marketer to have with a CMO, given that digital often brags about its ability to minimize waste and track every impression. “I think some clients would rather not talk about this fact either,” said Timur Yarnall, CEO of MdotLabs, whose company sells traffic fraud detection software.