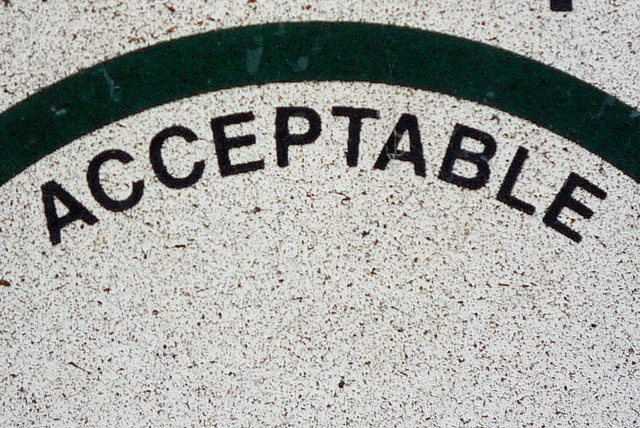 Each day we provide a roundup of five stories from around the Web that our editors read and found noteworthy. Follow us on Twitter for updates throughout the day @Digiday.

Meet the ‘Acceptable Ad’: The biggest challenge for advertising in a user-is-in-control era is how to make it useful and even welcome. That’s no mean feat. Consider that there will be over 4 trillion online display ads alone served in 2012. How many are actually welcome by users? Adblock Plus was founded to solve the problem of online ads that gave users no value. The New York Times reports it is now pivoting a bit to not block all banners, but to let through “acceptable” ones. As was once said to me, “Sounds like communism, great on paper but not so much in execution.” There’s much debate about what exactly is an acceptable ad. The problem is what’s acceptable and welcome to one person isn’t to another. NYT — Brian Morrissey @bmorrissey

Walmart Increases Mobile Focus: To bolster its activity in the mobile space, Walmart has acquired mobile agency Small Society, effectively bringing the strategy and development of its mobile properties in-house. It’s an interesting move and one that demonstrates the retail giant’s belief in the mobile channel. It’s also a trend agencies should be wary of, as large brands increasingly opt to develop marketing programs themselves instead of turning to a partner. Walmart Labs Blog — Jack Marshall @JackMarshallGoogle’s Santorum Conundrum: Dan Savage, the activist behind the heart-wrenching “It Gets Better” campaign, has had a lot of fun on Google with former Pennsylvania senator and current presidential candidate Rick Santorum — and until now it hasn’t much mattered (I’m not going to explain it — just google Santorum yourself). For much of the current GOP campaign, Santorum has been polling at around 2 percent — so Savage’s gag was unknown to most Americans. Now, as Paidcontent notes, with Santorum’s near win in Iowa, it’s potentially a serious issue for the candidate and Google. What if Santorum gets the nomination? Or even becomes President? Does Google have to intervene at some point? That’s a seriously thorny question. Our guess is that Google stays away. After all, try googling Barack Obama. There are plenty of related searches that pop up that are seriously unflattering to the leader of the free world (birth certificate, socialist, terrorist) and Google has never seen a need to intervene. It shouldn’t here either. Paidcontent — Mike Shields @digitalshieldsCan Daniel Ek Buck History?: Spotify must be one of the most interesting startups around. The well-funded company is trying to succeed where others have failed in creating a legal Napster-like music service that serves the demands of consumers and the labels. Forbes has a long look at Daniel Ek, the entrepreneur behind Spotify. While it’s easy to be enthralled by the who’s who list of Silicon Valley types backing Spotify, it’s hard not to wonder just how it can make this work. History has proven people again and again choose a free, ad-supported alternative to a subscription service. The problem: Spotify loses money on the former, meaning the bulk of its customers are loss leaders. That simple math problem is the biggest hurdle he faces. Brian Morrissey @bmorrissey
https://staging.digiday.com/?p=1139
Ad rendering preventing in staging