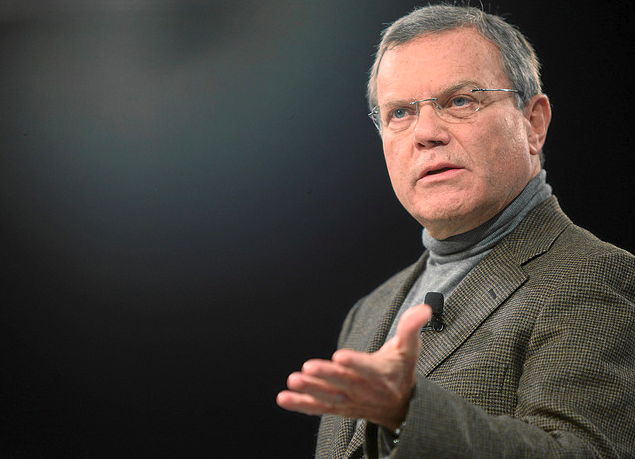 The rise of data has drastically changed the world of advertising, so much so that WPP chief executive Martin Sorrell doesn’t want his company to be mentioned in the same breath as the word “advertising.” Rather, WPP wants to be seen as more of a data company.

“I don’t like the word advertising,” Sorrell said at the IAB’s MIXX conference in Midtown Manhattan today. “It suggests the legacy approach of media and art, not science. We want to be as aggressive in the science part of the business as we can possibly be. We’ve moved on from the days of Mad Men.”

In truth, WPP didn’t begin life as an advertising firm either. Wire and Plastic Products plc was founded in 1971 as a manufacturer of wire shopping baskets. In 1985  Sorrell, then Saatchi & Saatchi’s financial director, bought a controlling stake to turn it into a worldwide marketing services company.

These days WPP has moved on from selling its services to chief executives and chief marketing officers. The firm is now interfacing with a new breed of chief information and chief data officers, Sorrell said, adding that it’s adjusting its business accordingly, and investing in its data capabilities to cater to changing client needs.

He also took the opportunity today to repeatedly fire shots across the bows of holding company competitors Publicis and Omnicom Group, which plan to merge by 2015.  That deal, he said, has nothing to do with data, and everything to do with efficiencies around legacy media. The data argument is simply intended to divert regulators from the impact the merger would have on old media, he implied.

“They quote big data without really knowing what they’re talking about,” he said. “I think the stuff about data, and taking on Facebook and Google, is just obfuscation for regulators.” Sorrell thinks scale means little when it comes to data. For a companies like WPP, Publicis, and Omnicom, their data is big enough already. More data doesn’t necessarily mean better insights.

To that point, WPP itself has its work cut out when it comes to turning data into insights. A common thread is already emerging during this year’s Advertising Week, suggesting that for marketers it’s not the size of the data, but what they can do with it that counts. “Big data” is great, but it means nothing without the ability to do something useful with it, brand marketers say. They’re increasingly looking to their agencies to help them do a better job of figuring out how.

“There’s no point in collecting data for data’s sake,” said Bonobos vp of marketing, Craig Elbert. “We want data we can actually use.”